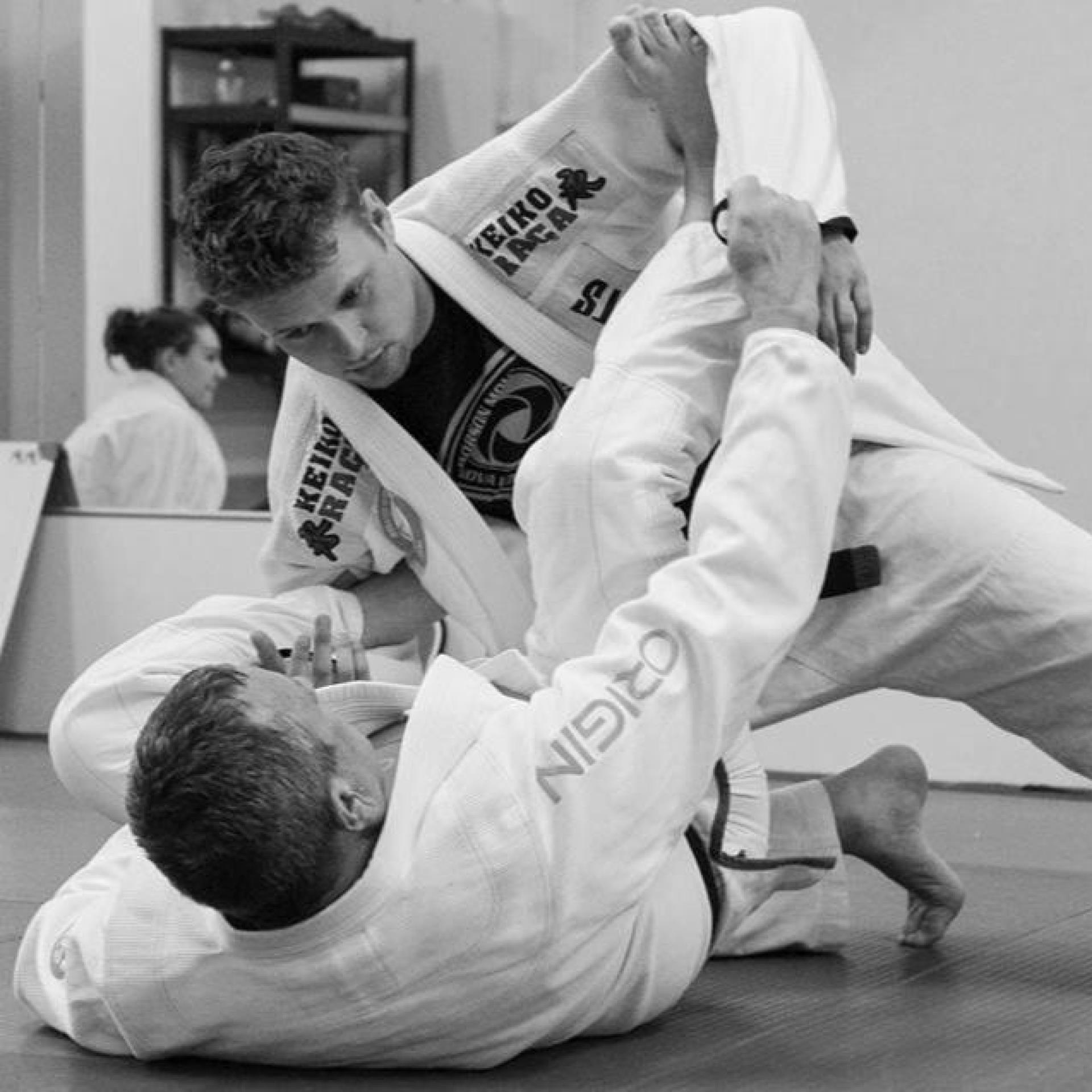 Posted on April 18, 2019 by Steve Moses in Uncategorized

Cecil Burch is a Phoenix-based defensive firearms and tactics instructor that I have known and trained under for years. Cecil owns Immediate Action Combatives and hold instructor certifications in Jeet Kune Do and various Pentjak Silat systems. He has trained in boxing, Tae Kwon Do, Shotokan Karate, Kenpo, and is a Brazilian Jiu Jitsu black belt under Megaton Dias. Cecil has medaled multiple times at Pan-Am Jiu Jitsu tournaments. As if that is not enough, Burch is a firearms enthusiast and has trained under Jeff Cooper, Louis Awerbuck, Chuck Taylor, Craig Douglas, Kyle Lamb, Tom Givens, and Larry Vickers.

Cecil is one of the few instructors that I look to for instruction on how to prepare students to better deal with contact with violent third parties whose primary weapons are fists, feet, blunt instruments, and edged weapons. A recent article that I wrote for CCW Safe titled “The Rule of Threes” pointed out that the average distance criminal assaults occurred was maybe as close as three yards. Students whose only self-defense option was accessing a concealed handgun are at a significant disadvantage when it comes to dealing with a motivated attacker who suddenly initiates an assault.

In a recent interview, I posed three questions to Cecil for the benefit of defensive firearms trainers:

Most trainers do not understand the importance of near-contact or contact-distance defensive skills since most of them come from a square-range shooting background, and it takes considerable time and expense to become not only a skilled shooter but a competent instructor. For many of us, we lack the time to study immediate-action empty hand responses to short-range attacks given the demands of work and often family. Very few people possess the skills and knowledge required to effectively deal with real-world violent attacks in which immediate use of a handgun is not possible, and even fewer are capable of teaching these skills to students. I might add here that the first step for any instructor who is willing to be honest with themselves is to acknowledge that they may not be prepared to deal with these situations and start doing some research. I personally found this out some 15 years ago when I participated in Craig Douglas’ Extreme Close Quarters Concepts and more than once got smoked by my training partner in full-pressure drills. Readers are recommended to view videos covering these classes along with his Edged Weapon Overview courses if they wish to see what full-speed contact between students looks like.

Students should be taught to not go to the gun immediately when dealing with dangerous contacts if the distances are too close. Cecil believes that “too close” is farther than many instructors believe, and that we need much more distance than we think we do. He said that instructors should put this to the test by holstering a Simunitions or airsoft pistol and then asking a trusted training partner to launch an attack without warning with the sole purpose being to grab the handgun (Note: instructors should make certain that there are no live weapons, knives, or ammunition in the same room).  It typically comes at no surprise that significantly more distance is necessary to successfully draw and shoot accurately than originally believed. Cecil said that it was Dennis Tueller who first documented that the average male could cover 21 feet in approximately 1.5 seconds. In my opinion, a 1.5 second draw from concealment to first-round hit is a good draw, and we both noted that this is based upon the shooter having advance notice and being fully prepared to draw on a signal, which is unlikely in a real-world defensive situation.  Another problem with this scenario is that the attacker is unlikely to “disappear in a cloud of smoke and sparks” when shot, and possibly capable of staying in the fight unless a solid hit on the central nervous system is made or as much as 2 liters of blood are loss. Burch said the math doesn’t add up if we don’t have enough distance or we lack the skills to immediately survive the initial contact.

Where can instructors go to learn the skills, tactics, and techniques suited for dealing with sucker punches, ground-and-pound assaults, and edged weapon attacks? Cecil recommends Craig Douglas, Paul Sharp, Chris Fry, Larry Linderman, Jerry Wetzel, and Greg Ellifritz. In typical Cecil-style, he refrains from recommending himself, but I do and will attend his block of instruction at the 2019 Tactical Conference for maybe the fourth or fifth time. Cecil notes that a close-contact to actual-contact confrontation is one of the most difficult, chaotic, complex, and dangerous events in which a student can become caught up in, and that the above list of instructors have put a lot of time into developing high-quality lesson plans that go a long way toward addressing them.

As both a student and instructor, I can recommend that instructors attend courses taught by as many of the instructors listed above as possible. Being a slow learner, I have taken multiple classes from some of them. In order to get the most out of these classes, I would advise instructors to follow up by studying Brazilian Jiu Jitsu in order to perfect the fundamentals of the delivery system if possible.

One benefit to the students is that by equipping them with non-lethal defensive skills that can be effectively deployed during a close-distance confrontation, they may be less likely to default to the handgun too fast, only to later find they are facing charges for criminal brandishment. It is my opinion that any person capable of carrying a concealed handgun would benefit from this knowledge, regardless of age, infirmity, or physical condition. Simply knowing what a motivated attacker can do at conversation distances combined with accurately assessing intent, ability, and opportunity and knowing our own physical limitations may provide the edge needed to not only win the physical fight but win the legal and civil fight that may take place afterwards.