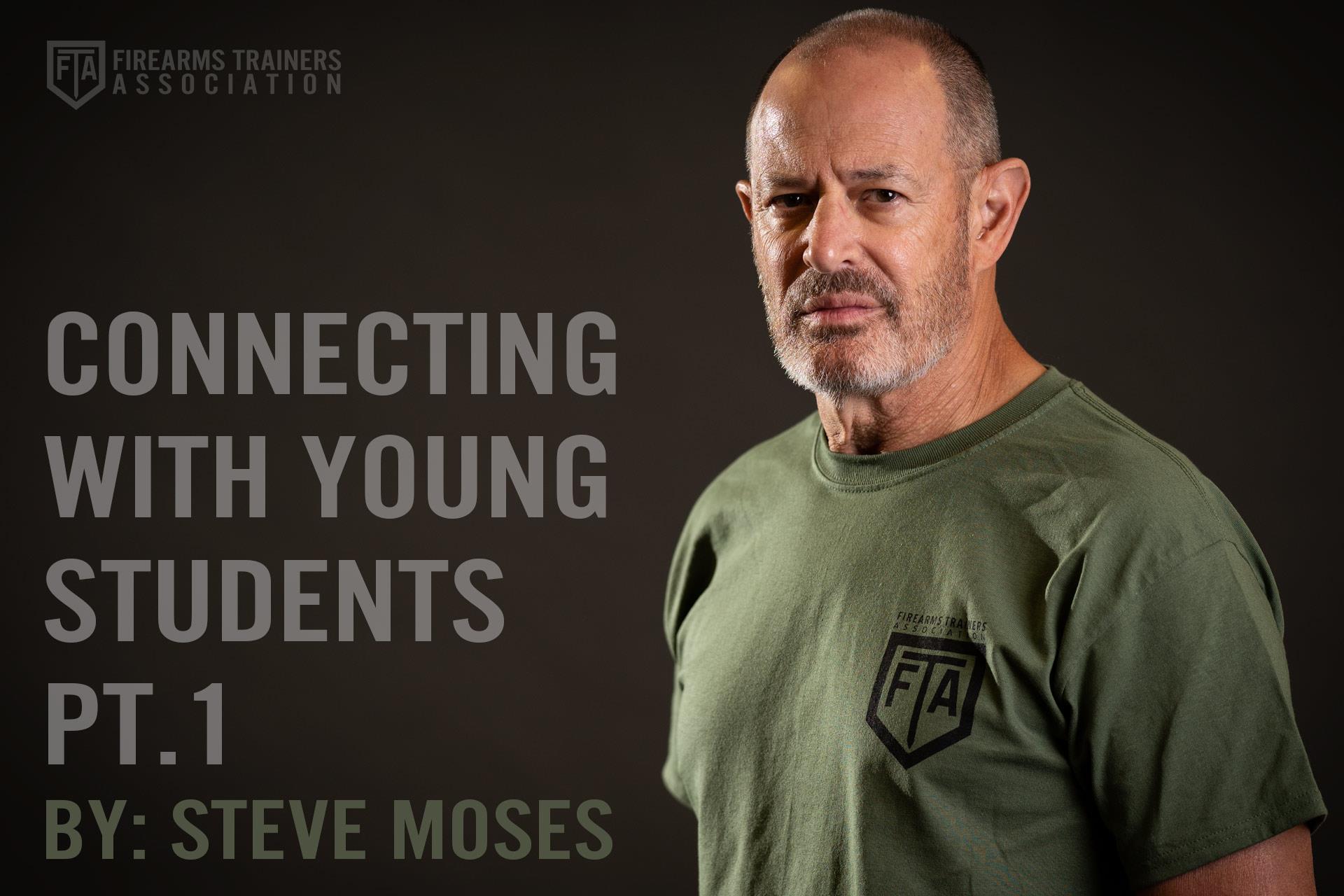 When it comes to adult learning, there are three commonly accepted general learning styles: visual, auditory, and kinesthetic.  Some students learn best by relying primarily on their vision, others learn best by listening, and some learn best by touching, doing, or otherwise physically performing whatever it is that is to be learned. Instructors that target all three of these learning styles (show the students what they want them to do, carefully explain how to go about  doing what they want them to do, and then have the student physically perform the action) are typically the most successful.

However, the old saying of “the devil is in the detail” especially rings true when it comes to successfully teaching a class whenever younger students are in attendance. There is a good reason why labels are attached to students falling in different age groups with names like Baby Boomers, Generation X, Generation Y (Millennials), and Generation Z. There is a significant difference between the generations in terms of the world they were exposed to while growing up, the manner in which they were parented, the makeup of the educational system in which they participated, and the reliance each generation places on technology as a means of gaining knowledge.

According to multiple studies, the human attention span is approximately eight seconds. Whether that number is correct or not is unknown, but firearm trainers who have been in the training business for more than a decade have probably noticed that many of their younger students seem to lose focus faster in their classes than older students. One reason for this may be the result of a digitally based lifestyle where much of the information comes in the form of fast paced emails, texts, tweets, videos, and internet forums and searches.

In a recent Rangemaster Defensive Shotgun Instructor Development class I took advantage of an opportunity to sit down with two Generation Z students (both under the age of 25) in order to learn more about what they  liked to see (and did not like to see) in defensive firearm classes.

David Cagle is 22 years old, a reserve police officer in Jones, Oklahoma, a college student, a certified Rangemaster Advanced Handgun Instructor and Defensive Shotgun Instructor, and an Adjunct Instructor at Combat Shooting and Tactics (“CSAT”) located in Nacogdoches, Texas. For firearm trainers not familiar with CSAT, that is one of the premier law enforcement and civil-sector training schools in the United States owned by the legendary Paul Howe of Blackhawk Down fame. David is an outstanding shooter, already a competent instructor in his own right, and likely destined to become a future training great. Accompanying David was his brother Luke Cagle. Luke is a recent college graduate scheduled to start law school in the fall of 2020 who has trained under David, Paul Howe, and Lee Weems (another outstanding instructor).

I asked the Cagle brothers several questions and recorded their answers.  Readers are advised that in the interest of brevity I have paraphrased their responses and take responsibility for any misinterpretations on my part.

WHAT CAN FIREARM TRAINERS DO TO ATTRACT YOUNGER STUDENTS THAT ARE INTERESTED IN DEFENSIVE TRAINING?  Younger students often do not know that quality training offered by a variety of experienced firearm trainers is available. YouTube by far is the number one way in which young people find information. Most people their age search for videos posted on the internet if they are interested in a particular subject. Personal experience by both brothers suggested that those firearm trainers that put their message on YouTube often have classes that are largely made up of younger students. Firearm trainers might consider taking advantage of the marketing opportunities available through the skillful use of YouTube videos in order to get the word out to the younger audience.

Part Two of this article addresses what firearm trainers can do to create an environment in which young students learn best and certain actions often taken by older firearm trainers that can actually impede effective learning.