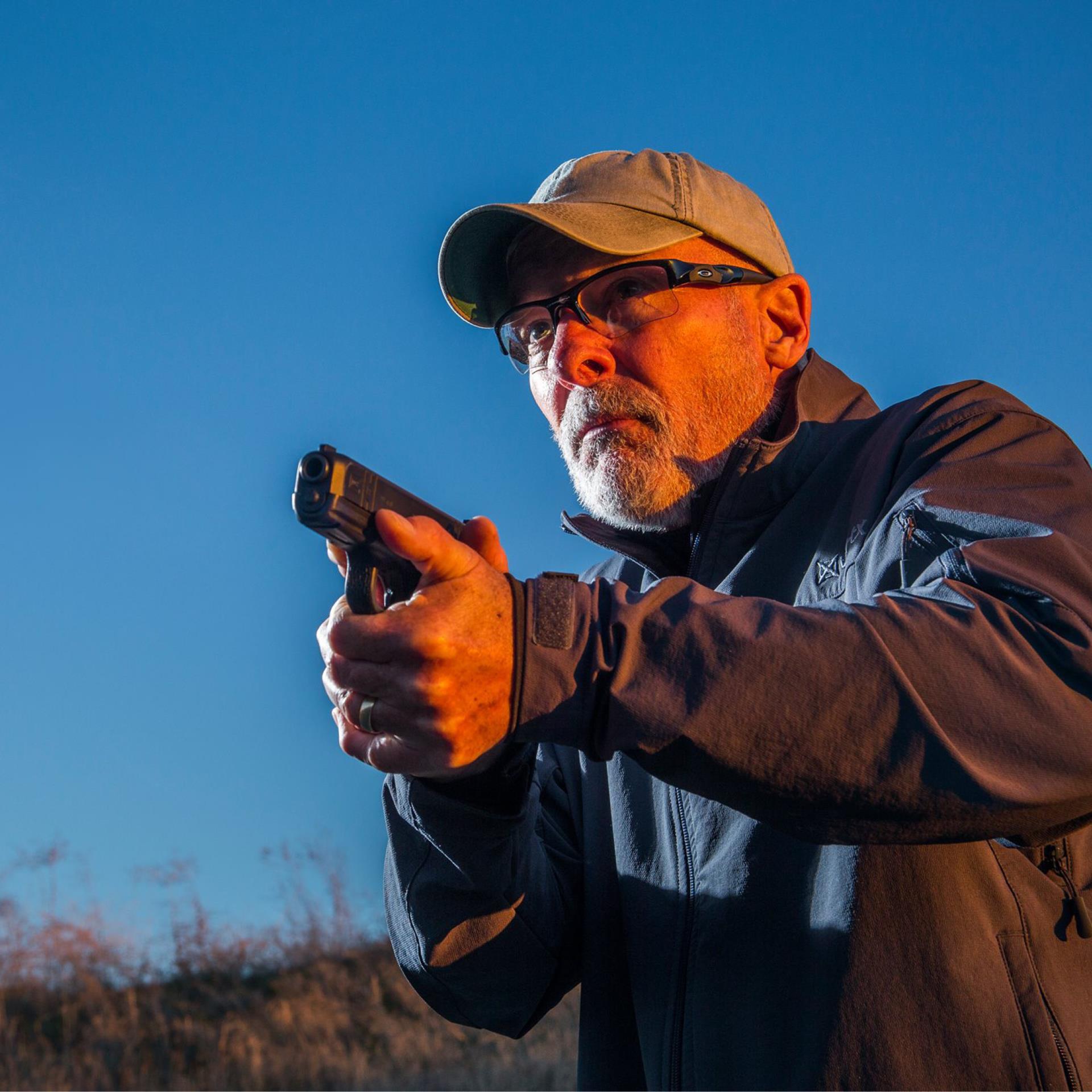 Posted on April 2, 2019 by Steve Moses in Dave Spaulding

FTA co-founder Dave Spaulding has over 35 years of experience in law enforcement and federal security and received the 2010 Law Enforcement Trainer of the Year Award from the International Law Enforcement Training and Educations Association. His work history includes SWAT, narcotics, patrol, training, and investigations. Dave served as an adjunct instructor for the Tactical Defense Institute and Heckler & Koch International Training Division. A prolific writer, Spaulding has written over 1400 articles and two books (DEFENSIVE LIVING and HANDGUN COMBATIVES). Dave is a great guy and most willing to share valuable insights learned over the years with other firearms instructors. I took advantage of this fact to pose two questions to Dave:

Dave immediately stated that dealing with “That Guy” is not as simple as it seems as “That Guy” can take different forms and may have different motivations. “That Guy” may constantly question because he needs to be convinced that the material presented is valid; “That Guy” may be an acolyte of another instructor who is there to convince others that everything that his instructor says should be taken as Gospel; and “That Guy” can just be a jerk who believes that his perspective is truly superior to the Instructor’s. It would benefit the instructor to correctly diagnose the cause and then deal with it accordingly.

If “That Guy’s” motivation is simply that he wants to constantly be shown why something works, Dave moves that student to the end of the line by stating that he needs to move another student to “That Guy’s” current position so he can pay more attention to the needs of this other student, and “That Guy” does not need the amount of coaching that others require. Once “That Guy” is at the end of the line, he typically becomes relatively harmless.

A more challenging version of “That Guy” is the student who believes that his beloved instructor has the key to the universe.  It is not unusual for “That Guy” to be disruptive the entire class, and he must be more directly dealt with. Dave will often invite “That Guy” to perform one of the more challenging (but not impossible) drills in front of the class, which typically proves to “That Guy” that he is not the entity that he thinks he is.  Ideally, “That Guy” will be humbled and Dave now his full attention. This is a good time to explain that there may be different ways to attack a problem and suggest that the reason that many students take multiple classes is in order to pick up any pointers that might make them a better version of themselves.

I then requested Dave’s thoughts on “Celebrity Instructors”. It is now possible to become a celebrity quickly without having meaningful experience, and social media has exacerbated this problem. Some of the techniques and tactics being taught address Close-Quarters Combat (“CQB”) skills and tactics. Some “Celebrity Instructors” have never done any real CQB but are teaching some of the most dangerous aspects of combat. Dave stated that every level of acceleration dramatically increases the level of danger for these students. When bullets are flying both ways, everything changes and that he believes that someday someone is going to get injured or killed as a direct result of acting upon their prior training. Dave summed it up very well by describing this trend in the following words: “We are seeing the Ill-Informed being led by the Stupid”. Dave will not teach CQB classes despite his considerable experience clearing structures because in his words “in the Real World, things almost never go as planned”. Instructors without that same background teaching a regimented program based solely on shooting static targets that don’t move and don’t shoot back are likely doing their students a disservice. Everything changes when bullets are inbound. He said that most of these instructors’ posted bios clearly show a lack of prior training and real-world experience, and that many of these CQB classes are little more than fantasy training. My personal take on Dave’s comments regarding “Celebrity Instructors” is that the rest of us should take heed and stay in our lane when it comes to instructing. Serious instructors should refrain from teaching any topic they are not legitimately qualified to teach.

After interviewing Dave, my only regret is that I have yet to train under him; however, I have already enrolled in a Dave Spaulding class to be held later this year. I recommend that other instructors do the same. To view his course schedule click here.