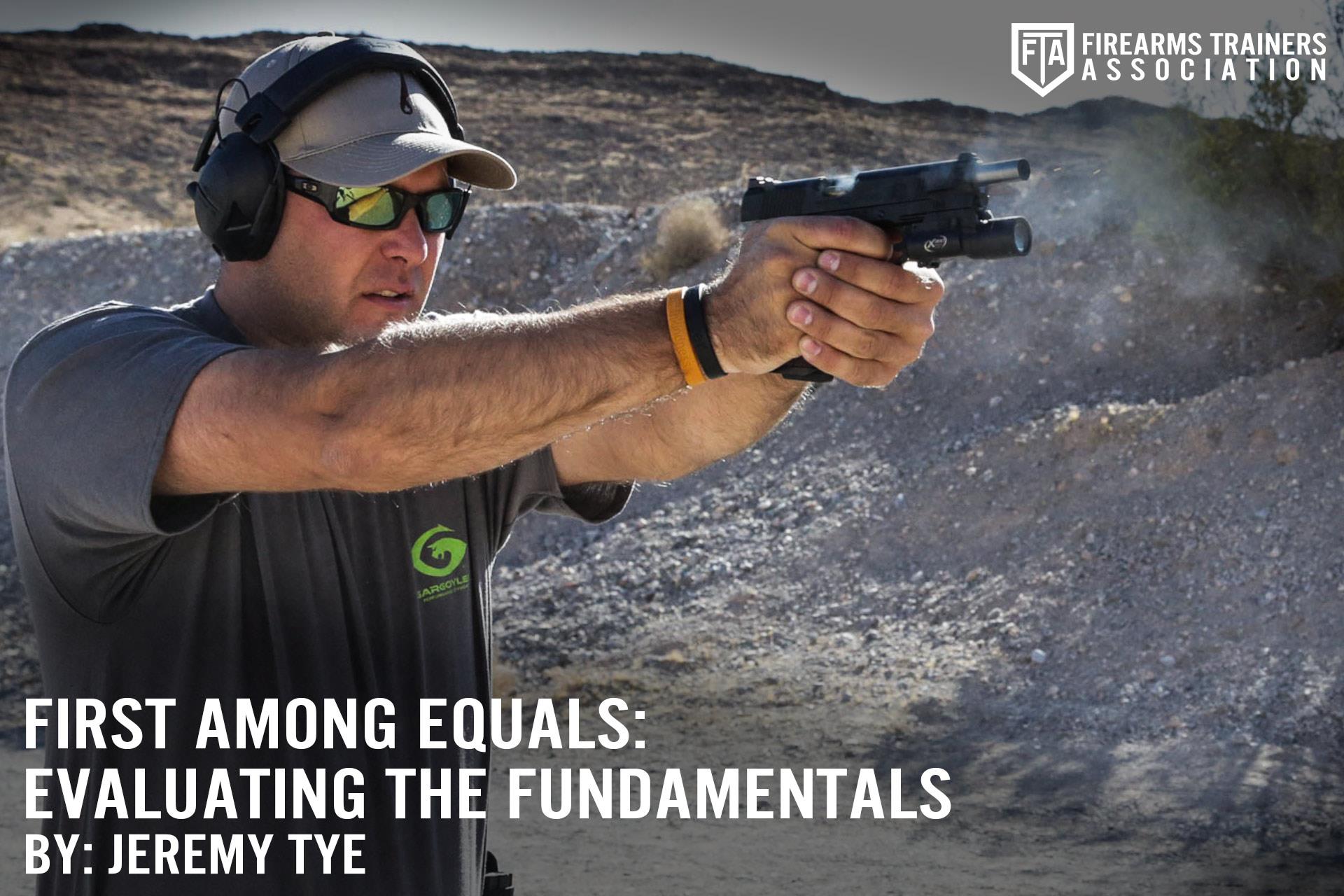 First Among Equals: Evaluating The Fundamentals

“The Seven Fundamentals of Marksmanship.” Just about every introductory firearms class begins with a discussion of the fundamentals. These “fundamentals” are ingrained into students early on, usually without question. But are we doing our students a disservice by treating all seven fundamentals as equals, or could our time and their ammunition be better spent by focusing on just a few of them? My answer to that question is yes, we are doing a disservice to our students by treating the fundamentals equally. Yes, we are wasting our time, their time, and their ammo, by talking about “The Seven Fundamentals” as equals instead of focusing on what is important at that moment.

Of the seven fundaments, the two (well, three) fundamentals that are always important are sight alignment / sight picture and trigger control. One could argue that sight alignment is not relevant anymore in the age of red dot optics on handguns and I will discuss that later in a future article, but for now we will talk in the context of shooters learning iron sights. My day job involves, among other things, teaching police recruits how to shoot pistols, shotguns, and patrol rifles (in that order) while they are in their basic academy. All three of those weapon systems are equipped with iron sights, so sight alignment is still in there for now. Sight alignment / Sight picture and trigger control are the only fundamentals that are consistently important across all three of those platforms, so those are the fundamentals that I spend the most time on with the students.

Now, before you string me up by my toes, keep in mind that I am speaking only about instructing novice shooters. As a shooter progresses in skill, or they move from the basic police academy to more advanced in-service classes, a more thorough evaluation of their shooting platform and how each of those “fundaments” impacts their ability to shoot quickly and accurately under stress is worthwhile. During the basics though, keep it basic. Sights and the trigger are what is important, and it is what we should be spending our time on. Having watched several programs transition away from curriculums that are rooted in all seven fundamentals equally and into ones that are much more focused on sights and trigger has resulted in shooters coming away from the classes that are more capable and competent.

I will expand upon that further in a future article. Stay tuned….