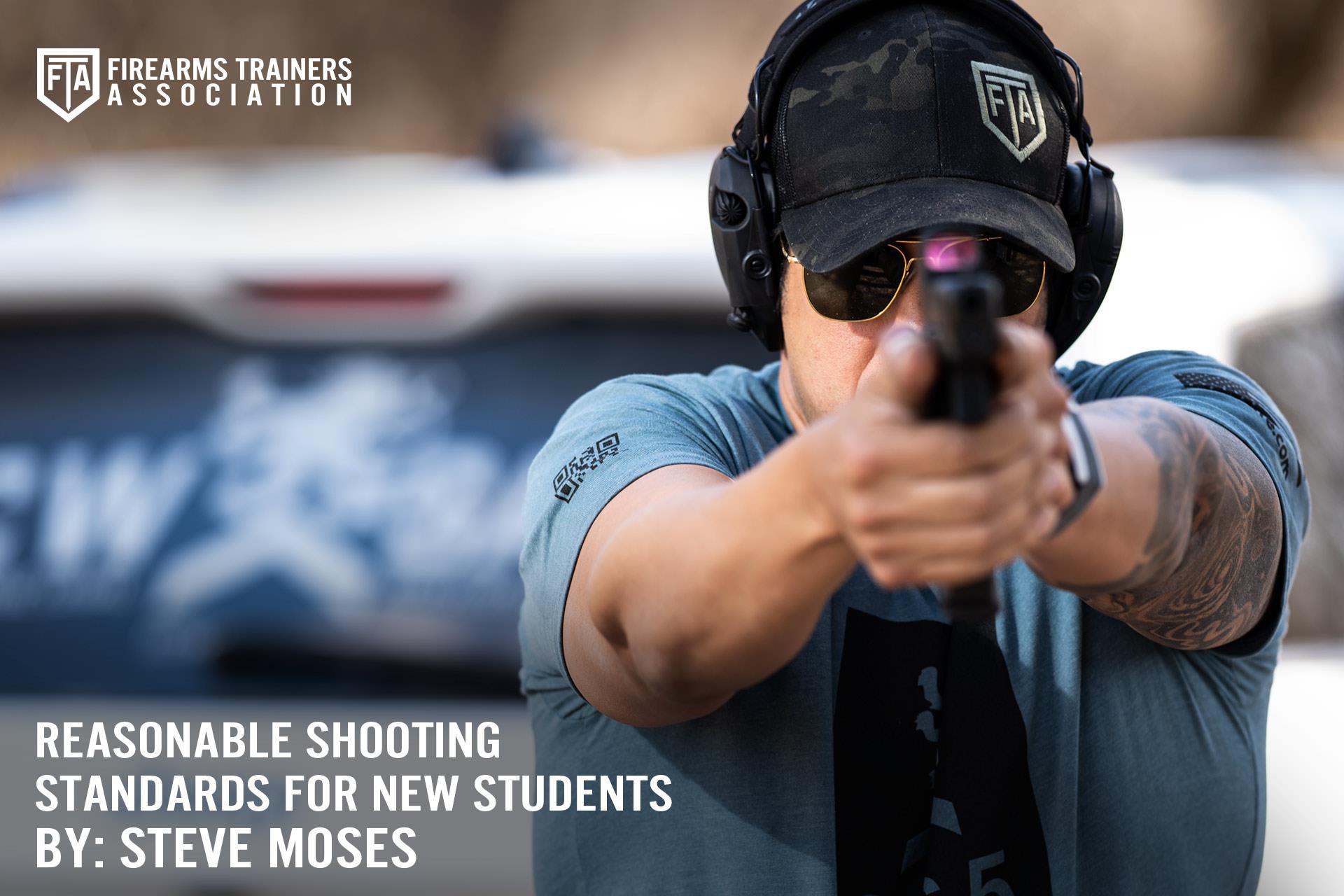 There are a number of instructors and experienced concealed carriers who dispute the distance, the number of rounds fired, or the times set out above. If so, that is not the point. The typical new student has little idea of what a real-life lethal force encounter might look like, the distance at which it might occur, the accuracy required to stop a motivated attacker, and the speed required to get a concealed handgun first into position in which it can be used effectively. This is an eye-opening concept for many students, and as such it may make it easier for them to understand how important it is to pay attention in class and work hard learning new gunhandling and marksmanship skills. I think that the bottom line is that students need to be capable of accessing a concealed handgun and getting it into position as quickly as possible in order to make hits on a relatively small target area if confronted by another person (or persons) who are presenting a legitimate threat to life and limb.

There is likely to be at least one student in some of our classes that struggles and becomes discouraged. Some may start to believe that it will be impossible for them to defend themselves in a real-life defensive scenario. I train as diligently now as I did when I started 27 years ago and have lost a step or two (and maybe even three).  Younger firearm trainers often do not understand the effects that age, prior injuries, existing medical conditions, and equipment challenges have upon their students. This is important when it comes to teaching classes where the experience, ages, physical conditions, and ability to process new information under conditions that may be stressful for some can vary. Self-esteem of the students can range from low to high.  The possibility always exists that the next class we teach will have a student that not only flounders but leaves class fully believing that he or she may be destined to someday just become one more crime statistic.

It is our responsibility as trainers to help that student do all that he or she can to become someone who is quite capable of defending him or herself against another attempting to harm or kill them. I do my best to view students who are elderly, physically infirmed in some manner, or having difficulty learning new skills as a personal challenge. I take pleasure in watching a person with shaky self-confidence develop into someone that is much better prepared to defend themselves than they were before.

Our classes always start with a brief lecture we refer to as “setting the table”.  After introducing ourselves to the students we ask each student to introduce themselves and describe their background, level of experience, and expectations. This is an opportunity for us to start identifying the students that might mentally struggle at times during the class. It is a good time for us to talk about the importance of general and situational awareness, the motivations of potentially violent persons (road rage, strong-arm or armed robbery, active shooter, violent protestor, sexual predator, etc.) and why that might matter, how violent criminal attackers may select and approach their targets, and discuss what physical actions concealed carriers often took in the past in order to successfully defend themselves, many of which did not involve the use of a concealed handgun. Done properly, new students begin to realize that personal defense involves much more than a fast draw and steady hand.

I am a firm believer in driving home how critically important knowledge of such things as the elements of lawful self-defense, the state law on Use of Force, and techniques for managing encounters with persons who are either unknown or known but possibly having bad intent.  Having said that, robust gun handling skills and the ability to get effective hits on target at the distances most likely to be encountered quickly enough to cause stop the threat are important. The student does not have to leave the class with the desired level of gunhandling skills and marksmanship, but they need to learn how to achieve this first by proper training and second by frequent dry practice and monthly live-fire practice after class.

This allows us to quickly diagnose shooting errors and make corrections. One of the big problems we often see with some students who are afraid of making errors is how slowly they draw their handguns to make their first shot. Rather than urging them to “just hurry up”, we break the draw stroke down to four essential parts and then show them how to execute each of the first three parts faster.  For example, trainers can request that the student gets his or her dominant hand on the grip of the holstered handgun as quickly as possible. If the student takes too much time to accomplish this, it is likely that they are fearful of making a mistake. I may then ask the student to just relax with hands at his or her side, and then when I say “now” just touch the holstered handgun grip as fast possible. I may have to repeat this exercise a few times before the student truly starts to move at what is actually fairly high speed.

I will sometimes tell them to move their hands at the same speed they would move if they thought a spider had landed on their face. Our goal is to get the students to move at good speed all the way to the point both hands have established a two-handed grip on the handgun. Just getting the students to this point will go a long ways towards them eventually owning the skills needed to get a concealed handgun into play quickly enough to have a major say in the outcome of a possible encounter with others willing to use violence in order to force their will on their intended victims. This is a good time to point out that if the threat has the opportunity, ability, and displayed intent to severely injure or kill them and that disengagement is not possible, they can likely cut their draw speed by half by quickly establishing a good firing grip on the handgun while it is still in the holster. This is always accompanied by a brief lecture on the difference between lawfully displaying a firearm and the crime of brandishing (or worse).

We finish our basic defensive pistol classes with a final training exercise using a 3-D humanoid target that is based upon one of three scenarios:

We first remind the students of the “Rule of Threes” (three rounds-three seconds-three yards) and importance of not tarrying. As soon as the “go” signal is given to the student, I start counting loudly “One thousand, two thousand, three thousand, four thousand, etc.” until such time the student lands a good upper center chest hit. A number of students have stated after the exercise that now they fully understood why training was so important.

Do I recommend that other firearms trainers do exactly what we do? Absolutely not. My point is simply that I think students benefit from anything creative that we as firearms trainers can do to make it clear during the learning experience that there is a good reason why such an emphasis is placed on speed and accuracy in defensive firearms classes. Many students do not realize that they are actually far more capable of improvement than they ever thought. I think part of our job is to occasionally push them in such a manner that they understand that we saw something untapped within them that just needed a slight nudge so they could see it too.