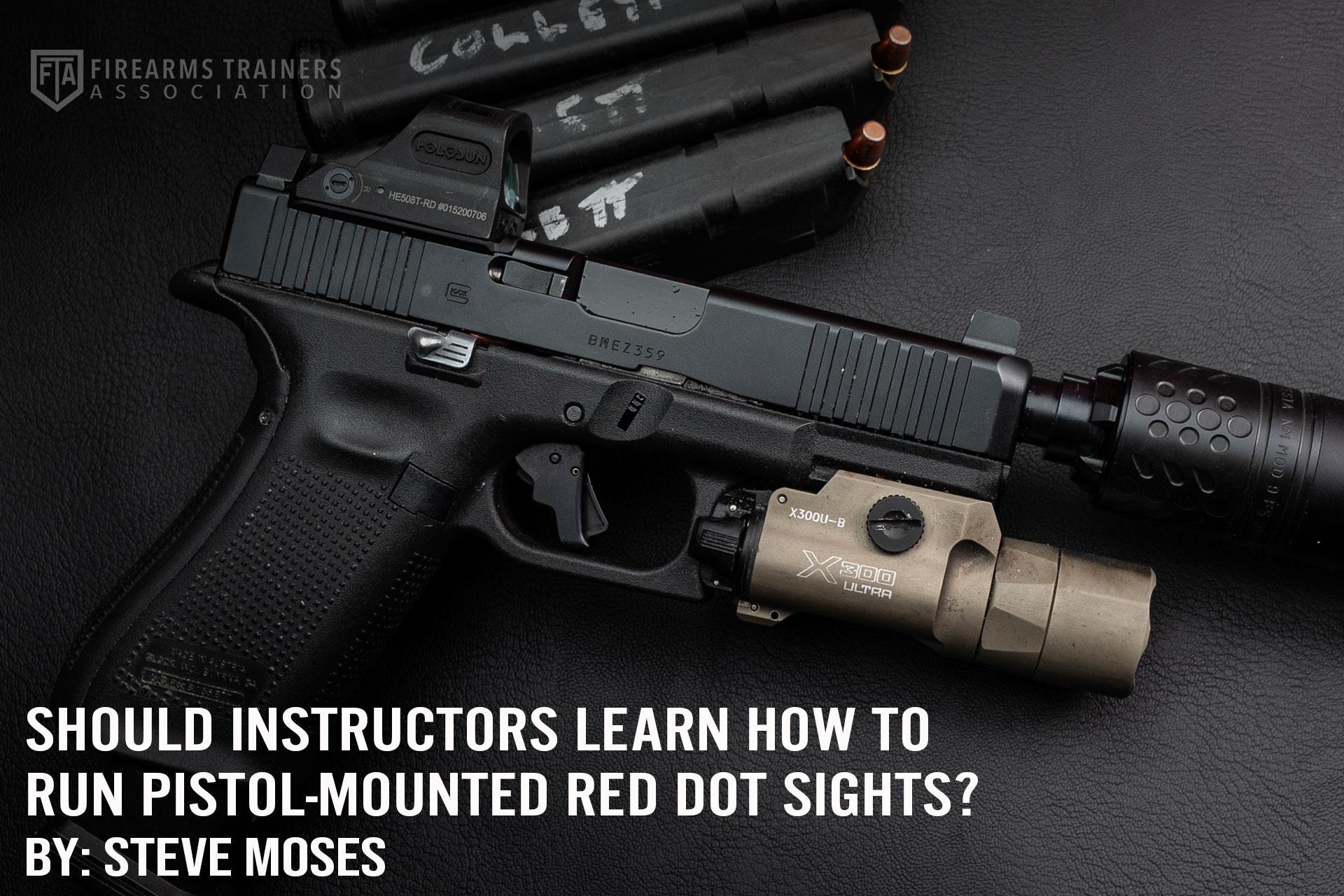 Posted on January 4, 2022 by Steve Moses in Training

Should Instructors Learn How To Run Pistol-Mounted Red Dot Sights?

More and more students taking defensive pistol courses are showing up with pistols sporting a Red Dot Sight (“RDS”). The RDS can really be a boon to older shooters whose vision is on the decline and offer some real advantages to shooters young and old when shooting targets at longer distances.

Some instructors are fond of the saying: “If it is not broke, don’t fix it.” They may correctly state that concealed carriers have been defending themselves with iron-sighted handguns for decades as the distances at which most civil-sector gunfights take place, which is likely less than the length of two cars. I believe that their take on the subject is valid. Iron sights have proven to work very well at these distances. However, the following is also most likely true:

In summary, there appears to be much to gain and little to lose for instructors who learn how to effectively use a RDS whether they personally intend to carry one or not. The only downside is the additional cost and the inevitable dings to the ego during the initial learning phase. I have managed to survive both.