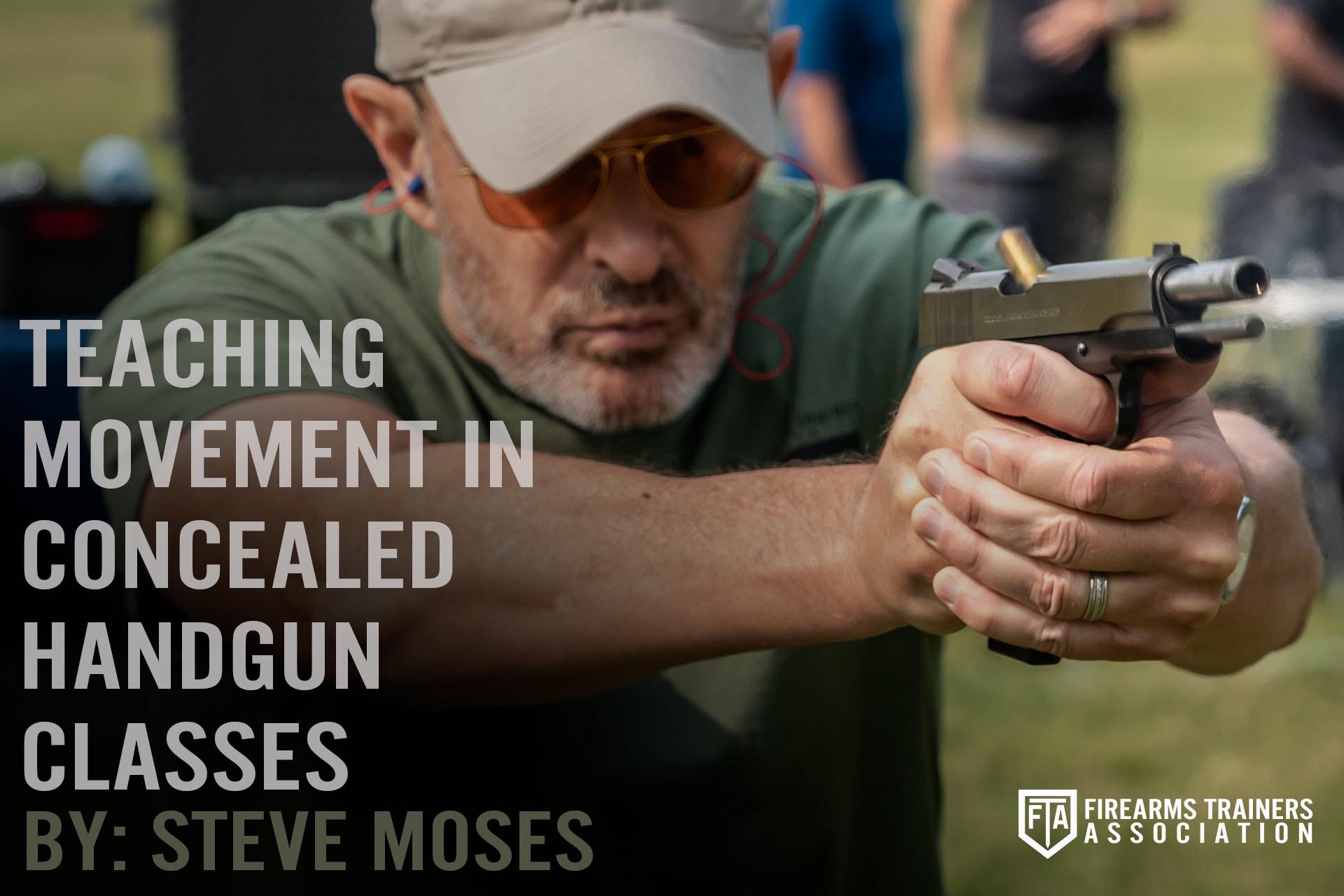 Posted on December 3, 2020 by Steve Moses in Training

Master handgun instructor Dave Spaulding wrote an article titled “Shooting on the Move” in which he paid homage to Paul Howe. Howe was in the United States Army’s First Operational Detachment Delta and involved in multiple gunfights that took place in Mogadishu.  Spaulding wrote: In his article “Training for the Real Fight, or Avoiding Gunfight Fantasy” Howe addresses shooting on the move as follows: “It is a skill that all shooters aspire to learn and spend a great deal of time and effort trying to master. I have never had to use it combat. When moving at a careful hurry, I stopped, planted my feet, and made my shots.  When the bullets were flying, I was sprinting from cover to cover, moving too fast to shoot. If I slowed enough to make a solid hit under fire, I was an easy target, so I elected not to.”

The reason that this resonates with me is that much of the focus in many concealed handgun classes is on prevailing in gunfights. In my opinion, prevailing in a gunfight with one or more armed robbers, a carjacker, or a home intruder, as well as an attempted assault by multiple street criminals, does not necessarily mean that I need to shoot them until they stop.  It may take some effort on the reader’s part to draw a parallel between this objective and what Paul Howe described in his encounters with an armed mob governed by amoral warlords, but upon further examination it may become apparent that tactics that he used successfully included quick movement.

Instructors who may think that I have stumbled across something or who were already of the same opinion may wish to take a moment and ask themselves if they believe that movement drills might have a place somewhere in their concealed handgun classes. The main reason that I think that they might is that is if we concentrate solely on teaching students to remain in place, draw their handguns, and then focus on making good hits at  reasonably high speed we may be teaching them that this is the only one way to handle a life-or-death problem when perhaps better options are available.

There are multiple ways that students can move contingent upon the circumstances, including not limited to the following:

As both a long-time student and instructor, I find myself putting nearly as much time and effort into becoming a better tactician as I do a shooter. One of the things that I have discovered over time is that students, and especially new students, respond extremely well when exposed to simple tactics that make sense to them. Running away from danger of any kind is already a normal human default response. As instructors, all we are doing is making a few tweaks that can go a long ways in terms of increasing the chances that our armed students will “prevail” on the day that they might encounter that person or those persons who could care less if others are injured or killed by their actions.