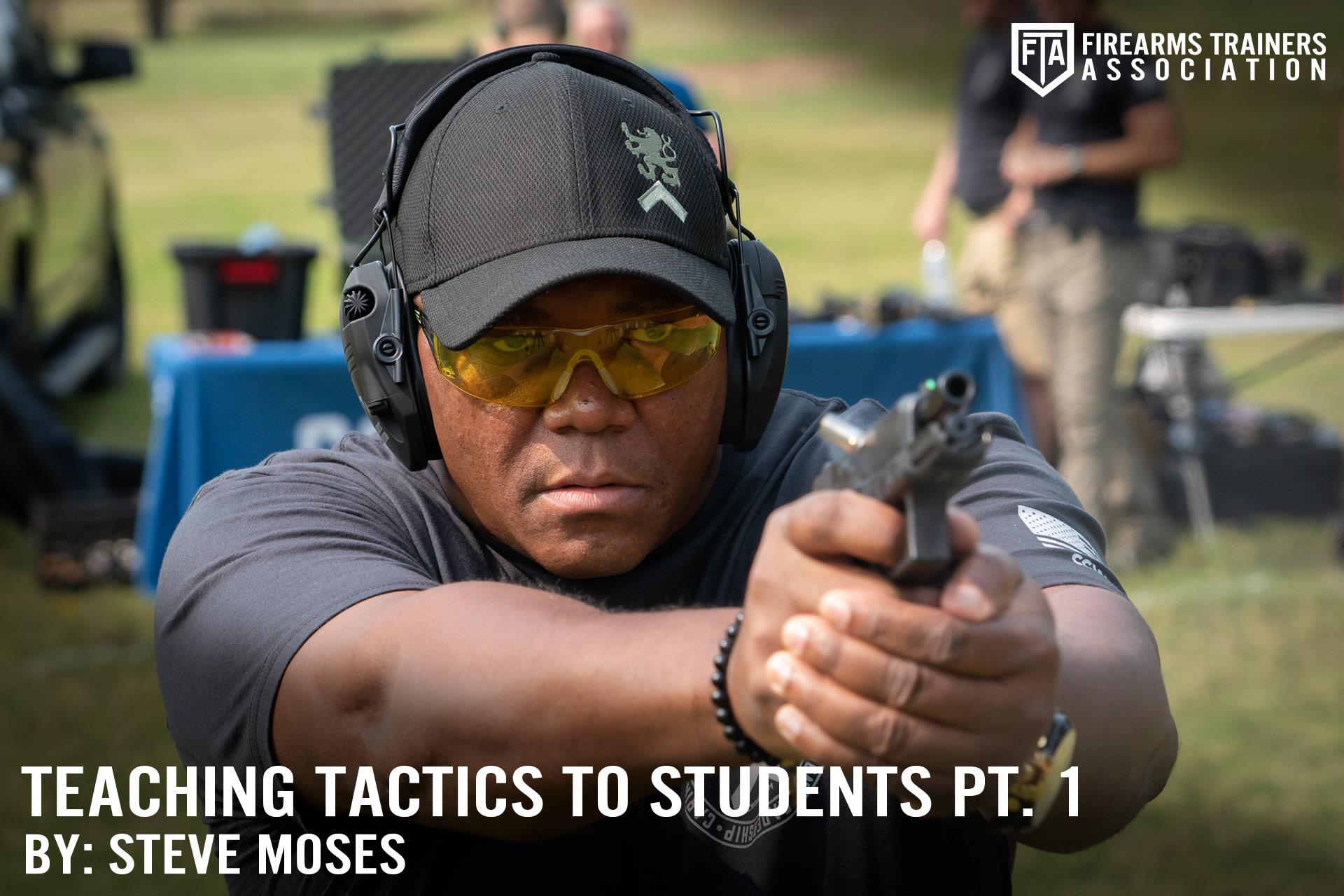 TEACHING TACTICS TO STUDENTS (PART ONE)

I believe that every basic defensive firearms course directed at concealed carriers should include at least some basic instruction in the use of tactics. When it comes to teaching tactics to students, my first thought is to make sure that they are relevant to the most likely use-of-force situations in which concealed carriers are likely to be involved. Perhaps the best place to start is with a definition of tactics. Set out below are four separate definitions that I unapologetically stole from the writings of my good friend and outstanding defensive tactics instructor Andy Stanford:

Another definition that I came up with (or maybe I heard someone else say this and just forgot) is: “Tactics can sometimes consist of the skillful manipulation of distance, time, terrain, elevation, angle, or even the expectations of a potentially violent individual in such a manner that increases the odds that the defender will escape or successfully defend him or herself if targeted or attacked.”

There is more to effective self-defense than just quickly drawing a handgun and making fast hits. It is easy to forget that violent criminal offenders also use tactics designed to help them achieve their objective. I think we are doing our students a favor if, in addition to teaching them fundamental defensive handgun gun handling and shooting skills, we are also spending some time in helping them understand what a violent encounter might look like, the importance of developing plans prior to such events, and how to properly execute those plans and make adjustments as needed.

A good start to teaching tactics might be ensuring that the students have a baseline understanding of some of the most common motivations that persons who are willing to injure or kill others in order to accomplish their desired objective might possess. Once the students have that understanding it becomes easier to predict the actions that other persons with bad intent might need to take to achieve their desired goal. At that point we can introduce some basic tactics that have proven to be successful in the past   to our students that might help ensure their safety someday.

Four scenarios in which a concealed carrier might find him or herself in danger are set out below:

I am going to address the first three scenarios first. Positives in all three situations are that there is a reasonable probability that the intended victim in many of these scenarios should have some idea as to why another person might be focused on them, or they are aware that the location in which they are currently in might be unsafe. Students should be encouraged to maintain a high level of situational awareness any time they are in an environment in which criminal actions are more likely to take place or when they are around others who send even the slightest signals that their intentions might be suspect. I think students should be informed that they need to know how to manage unknown contacts, quickly disengage at the earliest opportunity, effectively de-escalate tense situations, and take advantage of any opportunity to create and maintain distance or get behind a barrier or cover.

If possible, we should provide specific instruction in how to perform these tactics. What may seem blatantly obvious to us is not necessarily so when it comes to our students. For instance, the term “cover” to many students is little more than an abstract concept, and it may be necessary to provide actual examples of cover such as car engines, corners of brick and concrete buildings, parking garage pillars, and the like, as well as physically demonstrating how to properly use cover to obtain maximum advantage. De-escalation means talking to the person in a manner that causes the other to feel like they won but doing so without appearing weak or fearful. Disengagement might mean immediately moving away from a threat area to another location that is safer and more defensible.

Part Two of this article deals with tactics that may be applicable to dealing with attempted armed or strong-arm robberies.