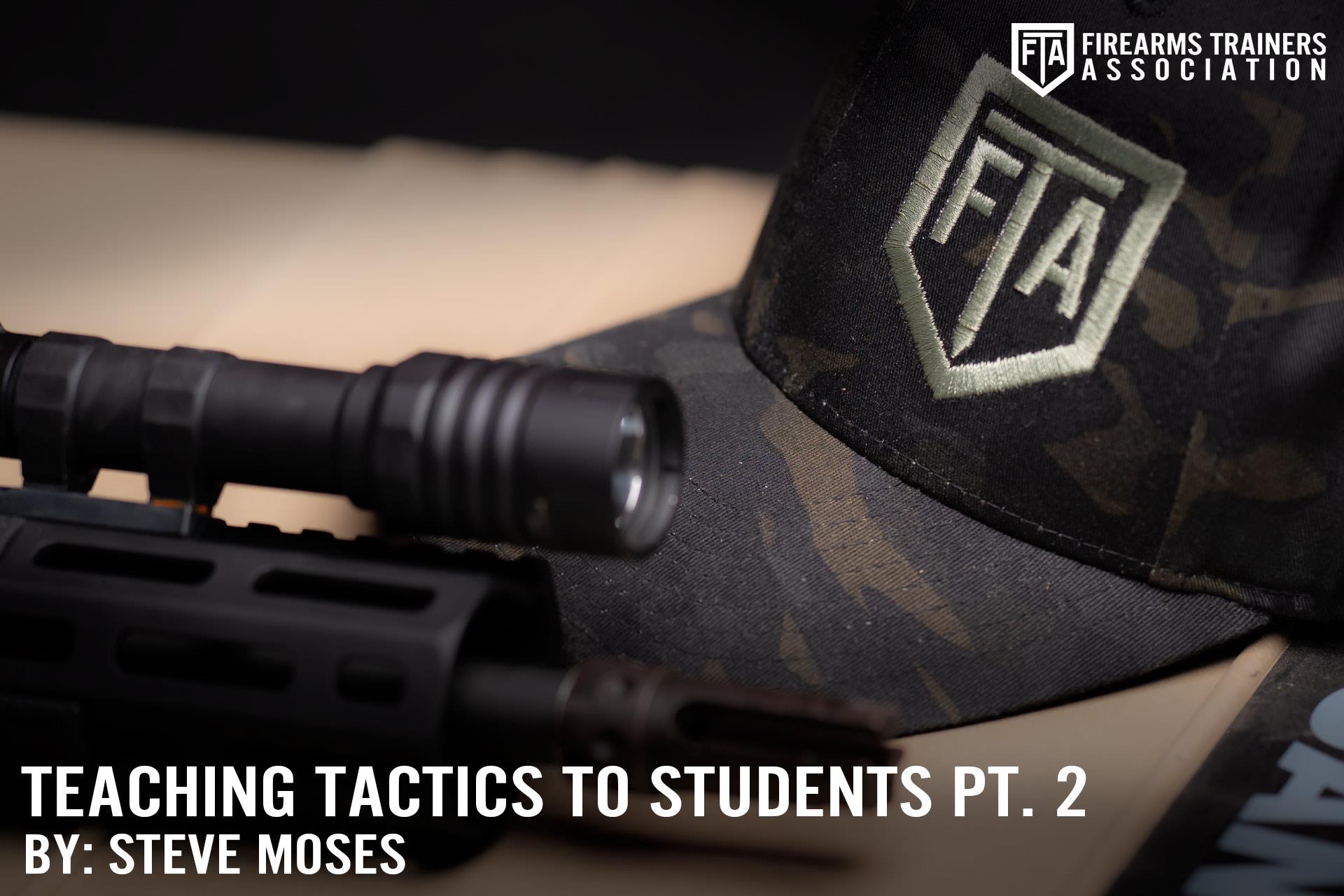 In Part One of this article, I suggested that firearm trainers who are not already teaching tactics as part of their defensive firearms training classes consider doing so.  I think that good tactics are just as important as good skills, and this is especially true when it comes to one of the most common forms of violent crimes, which is armed and strong-arm robbery.

It is my opinion that successfully dealing with a criminal offender whose motive is armed or strong-arm robbery offers some of the greatest challenges to a student. To paraphrase master instructor Craig Douglas, a criminal offender has no interest in engaging in a contest of “skill-at- arms” with a concealed carrier. His objective is a financial payday. Criminals are more sophisticated than we might think, and often skilled at pursuing their criminal enterprise. His or her plan most likely involves some form of ambush, whether using ruse to close distance (“hey man, do you know how I get to XYZ street?”) or simply moving in on someone who is task-fixated (talking or texting on a cell phone) and thrusting a handgun muzzle in their face or landing a hard sucker punch.

Douglas writes the following in a chapter titled “The Criminal Assault Paradigm” in the excellent book STRAIGHT TALK ON ARMED DEFENSE: “In the unequal initiative event, either the good guy sees what this is turning into and initiates on the criminal, or the criminal initiates on him. Rarely does the other realize that they are getting ready to be ambushed.”

One tactic that might be of benefit to students is developing what Craig refers to as “verbal agility.” Two benefits of good verbal agility skills are the ability to deny a potential violent criminal offender the distance that he or she needs to close the deal if the student picks up on what may be happening early enough, and if the student is caught by surprise then the ability to buy time and “talk their way to their gun.” Trainers who are not familiar with the concept of managing unknown contacts would be well-advised to start by reading a prior CCW Safe article that I wrote that is titled “Craig Douglas on Managing Unknown Contacts.” Even better would be taking one of his classes. We teach a 30-minute block on this subject in our eight-hour defensive pistol classes (which pales in comparison to what Douglas teaches) and believe this to be one of the most valuable (and easily taught) tactics that firearm trainers can teach their students.

“Talking their way to the gun” is another important tactic that firearm trainers can teach in a short duration class. What should students do if they were caught unaware and find themselves looking down the muzzle of a handgun at relatively short range? One thing I probably do not want to do is draw if I have a muzzle pointed at me at conversation distance and 100% of the robber’s attention is directed my way. There is a reason that he or she just did not walk up and shoot me and then take my wallet, and that is probably because they did not want to attract the attention or commit a more serious crime. Total compliance does not always have a happy ending, and on multiple occasions the victim was shot after voluntarily giving up his wallet.

If a student is initially caught off-guard, being a good, compliant victim makes sense. We encourage our students to bide their time through the use of non-threatening words, tone, and body posture. It is virtually impossible to imagine all of the variables involved when an armed concealed carrier is accosted by an armed robber such as distance, skill and mindset of the concealed carrier, the amount of violence the armed robber is willing to use, the possibility of there being more than one armed robber, the location of the robbery, the position of the concealed carrier, whether there are other persons around that might be struck by errant gunfire, and even blind luck. If the student believes that that they could be killed at any second and nothing short of justifiable deadly force will prevent that, then feigning compliance and waiting for a break in the offender’s attention before acting MAY be the best time to act. This may take the form of the armed robber turning his or her head to look in another direction (John Correia described this as getting a full side view of their ear).

Taking the action described above in the real world is accompanied by high risk. I personally would not take it unless I was prepared for something like this to happen, believed that I am in danger of getting killed at any second, and there are no other viable options available to me. This is the message that I want to drive home to our students. If any of them agree, then now is the time for them to continue their training journey, sort out all gun, holster, and clothing issues, and put in the dry practice and live-fire practices needed to develop a quick presentation from the holster and ability on demand to make short-range surgical hits quickly.

The tactics discussed in this two-part article are barely the tip of the iceberg, but they do at least address in part specific actions that students might consider taking in the event they find themselves potentially at risk due to the violent criminal actions of others. It is important that students understand that the tactics that they learn may constitute the best possible response to a given problem, not that they necessarily will be the best response.

I am a huge believer that in a self-defense situation fast thinking is every bit as important as fast shooting, and the fastest thinking occurs when a concealed carrier already has several good plans in place and just needs to pick and then act upon the right one.