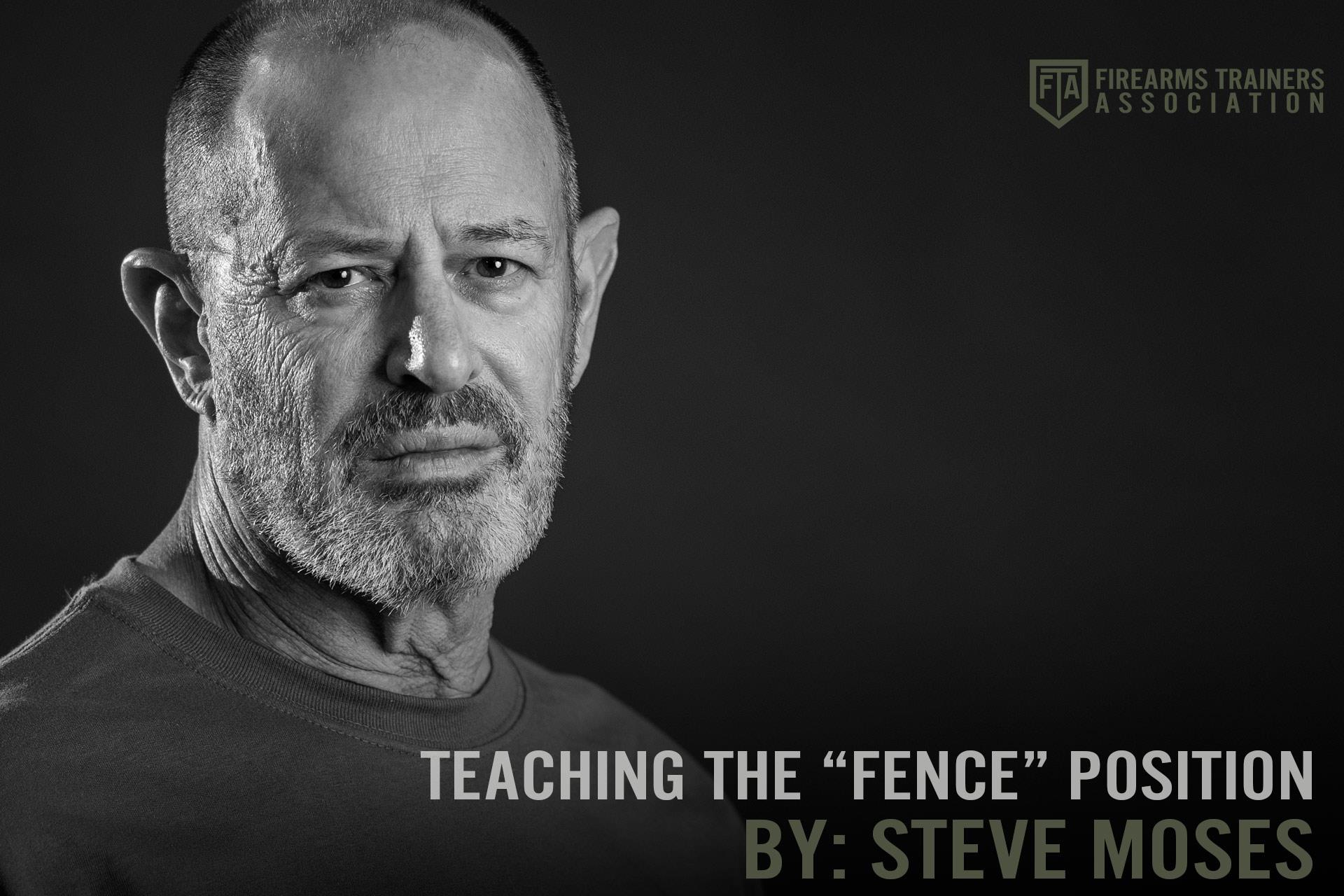 Craig Douglas is a highly respected defensive firearms and tactics trainer that is well recognized throughout the defensive training industry for his ability to teach a codified self-defense system by integrating multiple disciplines. He was the first instructor that I learned pre-engagement tactics from based upon consistently maintaining sufficient distance from an unknown contact (and potentially violent criminal attacker) so that it becomes more difficult for that individual (or even individuals) to close enough distance to successfully execute an assault, whether by fist, a cutting instrument, or a firearm.

This particular article focuses on the “Fence” position, which is one of the more critical components contained in his foundational Extreme Close Quarters Concepts (“ECQC”) class. Craig said that he was influenced by the teachings of Geoff Thompson, a well-known martial artist and nightclub doorman (also known as a “bouncer”) in England. Thompson wrote a book entitled “The Fence: The Art of Protection” which addressed the importance of pre-fight psychology and provided detailed instruction on how the reader can physically position themself prior to actual contact so that they can respond more effectively if faced with a potential threat.

Craig teaches in his ECQC class a pre-engagement technique system which he refers to as Managing Unknown Contacts (“MUC”). MUC is a multi-dimensional system using consistent methodology to interact with strangers or others behaving suspiciously that is designed to reduce the chances that the student will either be attacked or if so is in a position that increases the chances the student will prevail. Much of Craig’s insight and knowledge was influenced by his time spent as an undercover narcotics officer buying illegal drugs, which constantly made him vulnerable to being “ripped off” (also known in concealed carrier vernacular as robbed). He was assaulted or robbed on multiple occasions and became quite experienced at talking his way out of bad situations. In addition, he studied videos of these assaults on not only himself whenever possible but the assaults on other undercover narcotics officers and paid careful attention to how these violent criminal actors would close upon their intended victims.

Craig believed that there was a disconnect between what was being taught in the martial arts community and what typically happens during the majority of violent street crime incidents. Craig observed that even though that he had an extensive background in Tae Kwon Do, Filipino Martial Arts, and Brazilian Jiu Jitsu that none of those arts work particularly well if a street-savvy criminal throws a sucker punch inside of arms-length distance, which is especially true if thrown from the side or back. He developed a non-diagnostic default position that protects the vulnerable portions of the head and neck regardless of the angle from which a punch or strike are thrown, starting with Tony Blauer’s SPEAR system and added a few refinements that he now refers to as to as Default Cover.

I have covered MUC and Default Cover in previous articles and would encourage any interested trainers to refer to those or go directly to videos of Craig demonstrating it. Other great instructors that teach Default Cover are Guy Schnitzler, Paul Sharp, Chris Fry, Fletch Fuller, Larry Lindenman, Jerry Wetzel, Cliff Byerly, and Cecil Burch. My failure to not name other qualified instructors at this time is simply due to the fact that I have not directly crossed paths with them yet or possible memory lapse on my part.

However, the main objective of this article is to put a spotlight on the Fence position. Douglas is an advocate of keeping his hands up and moderately extended while managing an unknown contact. Not only does this act as a deterrent, but it is a critical part of being able to assume the Default Cover position quickly enough to protect the head and neck if a sucker punch is thrown. We teach a short block on managing unknown contacts (giving full attribution to those persons we have studied under and accepting responsibility for any slight variations of it that we prefer) and have found that in the majority of our classes we spend an unexpected amount of time on properly positioning hands when assuming the Fence position. In my opinion, the hands need to be somewhere between beltline and nose, inside of biceps in contact with or close to the torso, and hands open and either facing palms-in with fingertips touching or palms-out and hands slightly forward. All of this sounds so simple, but the first attempts by students to assume this position may range the gamut from overly passive to overly aggressive. My favorite one is where they look like they are a Tiger Claw Kung Fu master.

As always, some of my articles are read by trainers whose knowledge and programs are possibly light-years ahead of mine. For others, this may be the first article that they have read that discussed in even brief detail how Managing Unknown Contacts is a great way to deal with unwanted encounters with unknown persons who send out a DLR (“Don’t Look Right”) vibe. Hopefully, both may benefit from my observation that paying careful attention to how each student performs the Fence position could very well have a lot to do with the future outcome if their path crosses that of another that wishes them ill will.