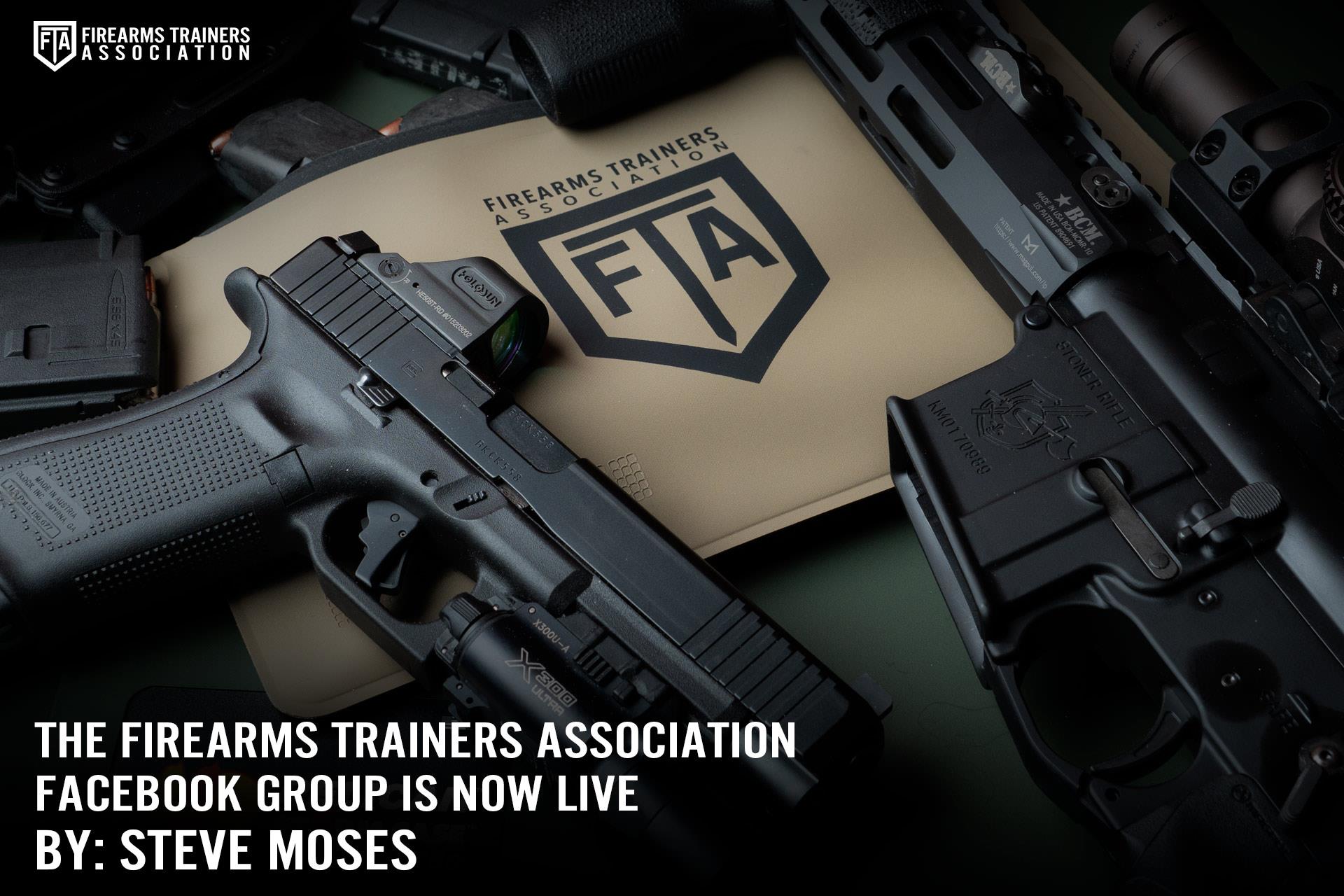 NETWORKING: The act of interacting with other persons for the purpose of developing professional or social contacts and exchanging information.

I grew up in the 1950-1960’s in what is best described as an era when the technology found in most households was considered by today’s standards as somewhere between primitive and low-tech. I saw my first handheld calculator when I was in college. That analog background combined with the fact that I do not find computers and software interesting has held me back in my quest as Firearms Trainers Association (“FTA”) Customer Support to put into place a means where members can network with each other. I have been a strong advocate my entire business life of networking and have seen it pay major dividends for both myself and others multiple times. My interest in developing a system for FTA members to be able to network with each other never waned, but I was unsure as to the best way to actually make it happen.

FTA member Jordan Pastorok (you will be hearing more of him in the future) suggested that the FTA start a Facebook FTA Members Group. I had two initial reactions. First, it is brilliant in its simplicity and ease of use, and second, why did I not think of it? I immediately pitched his idea (with full attribution to Jordan) to the FTA management team and immediately got a green light from FTA’s Stan Campbell. FTA Account Manager Gary Eastridge launched the Facebook FTA Members Group account within a few days.

The intent behind this article is to make this Facebook page known to all members of the FTA and encourage their participation. It is an excellent way to share information relevant to other trainers who are actively looking for ways to improve both their own personal knowledge base as well as their classes. It is a great place for us to post our class calendars posted and have them shared.  I am frequently approached by prospective students looking for an instructor in another city or state, as well as instructors that teach a particular discipline or who might be teaching a class during a specific time period.

I am quick to direct those same people to other instructors, and likewise I have had prospective students directed to me. In my position as FTA Customer Support I sometimes get articles sent to me by our members, and some of them have been excellent and were later published by the FTA. I would encourage FTA members to post articles related to training in any way here even if they have been posted somewhere else in the past. One of my favorite writers is FTA member Cecil Burch, and on occasion one of his older articles will get re-posted somewhere and I am immediately struck by its relevance to defensive firearms and tactics training. In terms of networking our biggest limitation is going to be our imaginations.

As firearms trainers, all of us have seen things take place in class that boggled the mind at times. Over the almost 30-year period that I have been both a student and an instructor I have had a student start clearing a shoot house on her own while I was still setting up targets and watched in mild disbelief as a student freaked out when a wasp got close to her head and attempted to bat it away with her 1911 Government model .45 ACP. The value in those stories lies not in the telling but the lessons learned, and the following actions taken in order to prevent similar incidents from taking place in the future. The FTA Member Facebook page might be a good place to share some of those stories for the benefit of others so that a similar incident is less likely to take place on their watch.

The following was taken straight off the FTA website: “The purpose of FTA is also to protect the profession of firearms training through safety and risk management standards, business development, and curriculum certification.” I take this to mean that the FTA is a professional organization that is made up of professional firearms trainers. As such, we do not want to draw unwanted attention from others who may not share our values and principles. One of the best ways to accomplish that is to treat the FTA Member Facebook page as a place where political issues are not discussed, profanity is not used, polite discussions are encouraged, and disparaging remarks of any kind (witty or not) are not made. Occasional good-natured teasing is welcome.

I recommend that all FTA Members check out this page and give consideration to becoming a member. I am a strong believer that indirect learning (that is knowledge which was derived from the experiences of others and then transferred to me) is critically important. On many occasions, I made the right decision based upon information learned through reading, watching training videos, listening to podcasts, and taking classes. It may be just me, but I think the FTA Members Facebook page may be one more way in which I can learn a lot without a major investment in time, money, or risk of injury.