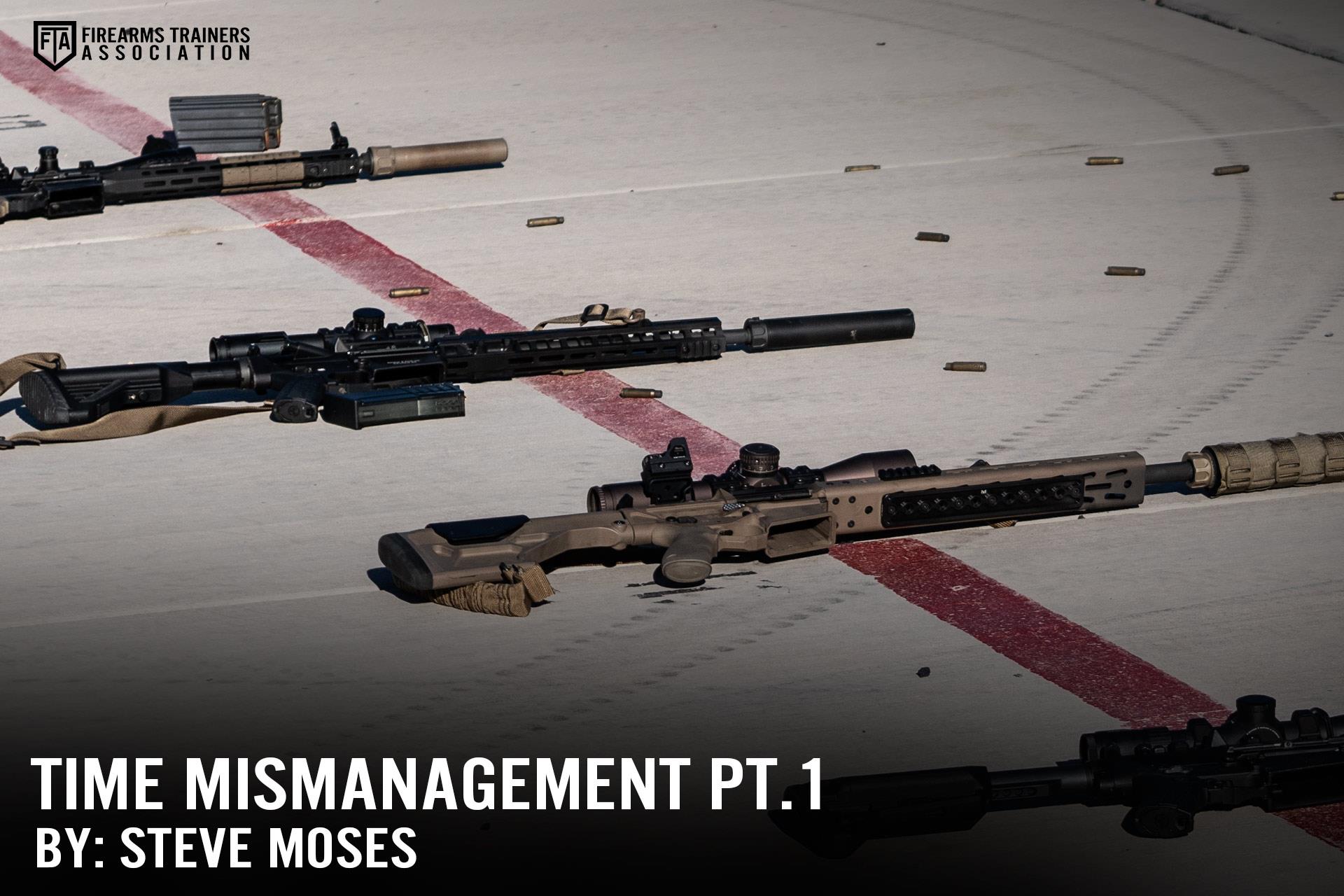 Firearm trainers who do not pay careful attention to time management during classes may not realize that they are doing their students a disservice. I believe that the best learning takes place in classes that run smoothly from start to finish where enough time is allotted to a specific block of instruction that students obtain a full understanding of the material, boredom and discomfort are minimized to the extent possible, and students have sufficient opportunity to take breaks, drink fluids, and take in enough calories to avoid becoming unnecessarily fatigued.

I have participated in hundreds of classes over a twenty-eight-year period and remember almost all of the classes in which excellent learning took place because of the instructor’s ability to manage time, as well as those classes in which time management was nearly non-existent and marginal learning took place. My school typically has more than one instructor in the classes that we teach, and on several occasions over the years we have fumbled the ball. The bad news was that as Director of Training it was always ultimately my fault. The good news was that as Director of Training I have the means to address the issues afterwards, make corrections, and then implement them. Set out below are ten actions of which I am aware that can waste precious time. Even just one can have a negative impact upon an otherwise good class, and I have observed classes in which the instructors somehow managed to include two or more.

Lack of a class outline including times allotted to specific blocks             of instructions. I have seen only a couple of instructors who could teach an entire class without a single hitch who never consulted a lesson plan, and I am not sure that they were not doing that when the students were not looking.  The other instructors who chose to forego written lesson plans at one point in the class or the other made poor use of time. For the majority of instructors, a lesson plan is critical. Not only does it serve as a reminder to not forget to cover a specific block of instruction, but it can alert the instructor to the fact that they have fallen behind in the class schedule and need to catch up. This can often be accomplished without being noticed by the students.

Having a class outline but not following it. I am relatively sure that this does not need further explanation, and I know that it occurs because I have seen other instructors do this in the past. I am unable to say for certain why this happens, but it does.

Late starts. I believe that we owe it to the students who show up timely to start class at the allotted time. This is part of the agreement between instructors and students in which the instructor agrees to provide a certain service to the students with a pre-arranged commencement time and estimated completion time. Exceptions to this might be a private class in which all of the students know each other and jointly agree to delay the class start until the tardy student(s) arrive.

Not enough breaks. This may seem counter-intuitive, but failure to take sufficient breaks can represent a mismanagement of time in the sense that effective learning lags when students are fatigued and/or dehydrated. One secret to successfully providing breaks is to allow no more than 90 minutes to take place before taking a break, and 60 minutes is probably better if the site is conducive to taking a quick break. Factors that should be considered include distance to the bathroom facilities, type of bathroom facilities, and even the number of females in the class. Obviously, a ten-minute break may not provide an opportunity for all students to use a single porta-potti. Instructors might benefit by simply giving some thought to these and other variables and come up with a plan that works best for them.

The long lunch. Students may or may not have multiple options for lunch that range from packing a lunch, eating at a restaurant on site, or driving a short distance to a nearby eating establishment. Regardless, a set time should be established for lunch and class resumed at the designated time whether all students have returned or not. As described above, deviation from this general rule is permissible in a private class if requested by the students who arrived timely.

Part Two of this article will continue with the last five of the estimated ten actions that can be the difference between a training class that runs like a high-performance sports car and one that runs like the Yugo with the cracked windshield and squealing brakes that Uncle Otis had in college.