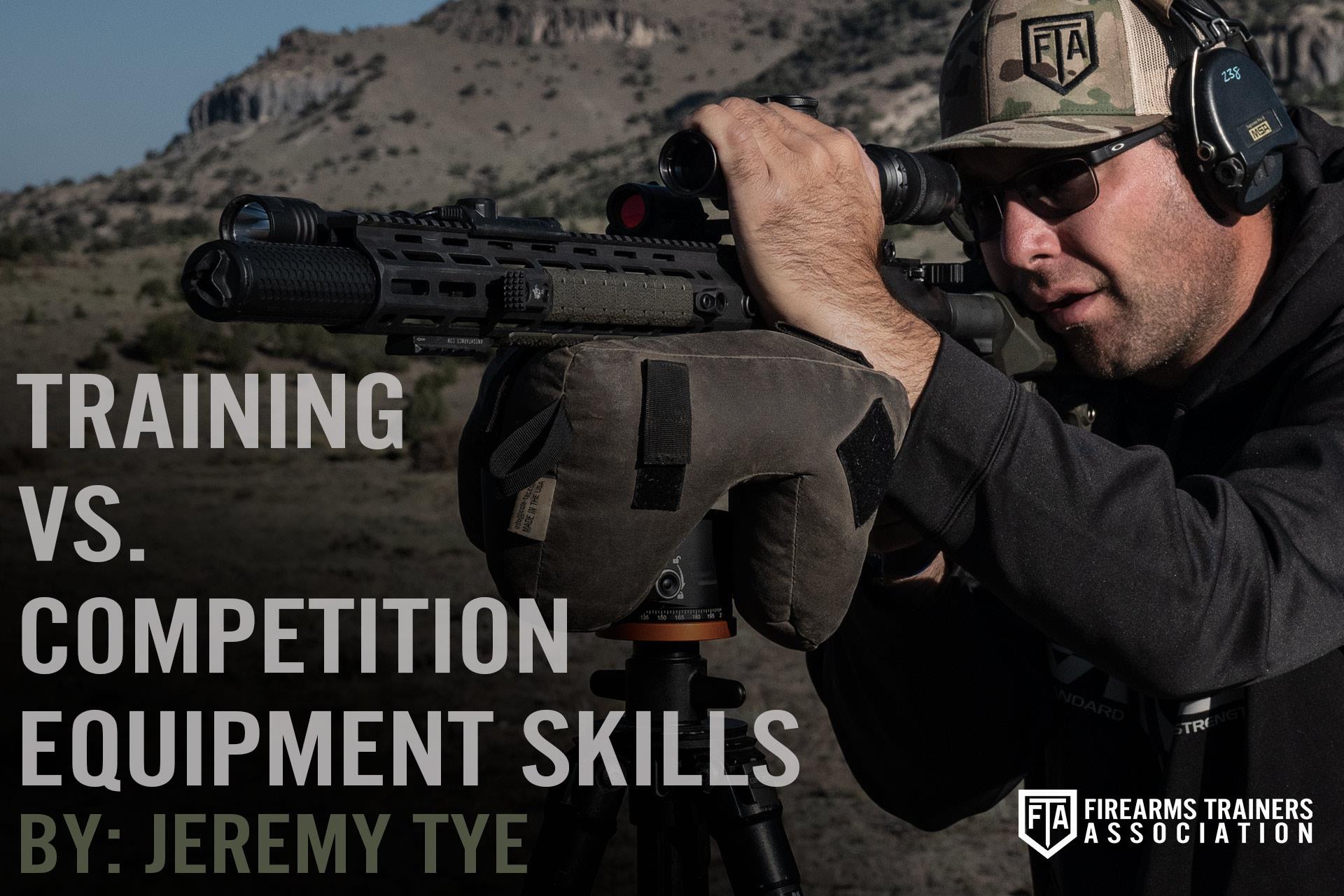 Posted on December 1, 2020 by Jeremy Tye in Training

For the next installment of this article series on the benefits of shooting competitive matches to develop your skillset I am going to highlight the advantages of attending matches as it relates to firearms equipment and accessories. Attending the matches gives me the opportunity to not only get hands-on time with my gear in dynamic, unpredictable scenarios, but it also allows me to improve and expand my knowledge base on what equipment works well and what equipment is sub-par or simply ineffective by observing others.

First off, let’s talk about gear usage while you’re on the clock. Keep in mind that we are isolating skills used in the competitive arena from tactics to be used in the real world, but the end goal is usually the same, effective hits on target as quickly as possible. Some shooting sports are more gear-centric than others, so this first part might not apply to your particular game. I primarily focus my time on competitive rifle matches since I teach a lot of patrol carbine and SPR classes for work. These disciplines are very gear intensive, and I find that the knowledge and experience I gain by participating in these types of matches with tens and sometimes hundreds of other shooters increases not only my ability to effectively instruct my students back home, but also improves the content of the material that I am passing along. I have observed that there is a definite correlation between my shooter’s increase in qualification scores as I have added in more and more content derived from my experiences in the competitive world. I’ll give a few examples of this.

In the precision rifle world, stability is the name of the game. He (or she) who gets the most stable usually gets the most hits. Stability is primarily derived from resting the rifle on top of some sort of support bag. Seems simple enough until you have to throw that bag on a slanted/sloping surface and keep it from falling off or move that bag from position to position to position while also managing a rifle or need to be able to use that bag as a front support from one position and then switch to using it as a body support bag in another position and then throw it down as a rear support from the last position. There are numerous bags on the market, some work better than others (I’ll talk about that in a minute), but I can’t recall a single bag coming with a set of instructions of how to actually use the bag in all of these various roles. When I show my students the techniques that I’ve learned and successfully used at matches and then they demonstrate the same success, that is mission accomplished in my mind. The other major method of gaining stability is by using a tripod, either as primary front support or a secondary rear support. Again, tripods don’t usually come with instructions, the fastest way to really learn how to use one effectively is by doing it on the clock, under stress, in front of your peers, at a match. A tripod is truly a game changer when used effectively, but in order to pass that capability on to your students, you need to have a thorough understanding of what works, and what doesn’t work, when you start deploying legs for support.

The second benefit to attending matches when it comes to equipment is that being exposed to such a wide variety of gear allows you to quickly identify trends in what works and what doesn’t, what improves shooter’s performance and what hinders it, what gear is durable and what gear is maintenance-intensive, etc. This is applicable to pretty much every shooting sport. Competitive shooters love to be on the “cutting-edge” of gear and accessories and are more than willing to be the initial beta-testers for new, unproven gear. Being exposed to this new gear in an uncontrolled environment, away from marketing gurus and social media influencers allows you to objectively observe and evaluate gear almost as soon as it hits the market. You can take this knowledge back to your students and either confirm that the product works as advertised or save your shooters time and money by warning them away from products that might need a bit more refinement before they are ready. By saving them time and money, you’re saving yourself the headache of having to deal with that sub-par gear in future classes. I’ve found that when students show up to pistol classes with modified trigger components, I can predict with a high level of confidence what guns will work and what guns will fail just based on my observations from watching the same thing happen at pistol matches. The same concept applies for pistol-mounted optics, aftermarket magazines,

Thanks for following along so far, stay tuned for the next article on how competitive events can and will improve your mental game.