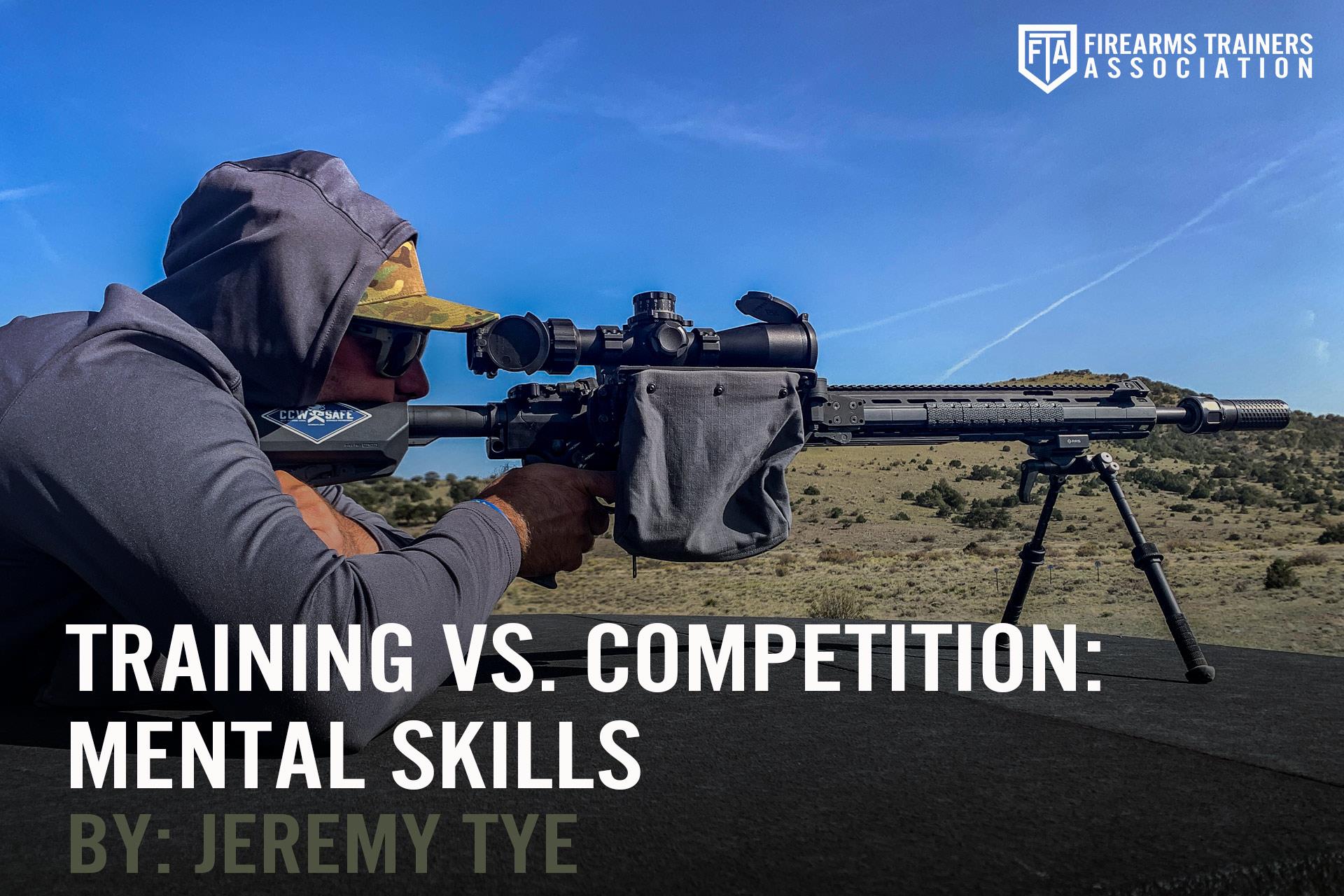 Posted on December 8, 2020 by Jeremy Tye in Training

Hi all. This is the last part of my mini-series on why I feel that shooting competitive matches is an excellent supplement to formal, structured firearms training. In this final part I am going to talk about what is, in my mind, arguably the most important benefit of attending competitive events: Developing and refining your mental skills.

The end goal for most firearms training is to develop the neural pathways to make firearms manipulation and usage second nature, to develop that “muscle-memory”. The less brainpower you must allocate to the gun, the more brainpower you have available for other tasks. In the competitive arena, not having to focus on the gun allows you to focus on your target engagement sequence, your footwork, managing your reloads, moving support gear, building shooting positions, and a myriad of other tasks that require constant focus in order to be successful. In the “real world”, being able to devote more processing power to analyzing the situation, the bad guys actions, developing secondary and tertiary plans of action, etc. can pay big dividends in your ability to successfully resolve whatever your “situation” is.

Several things come to mind that relate to building mental skills. For instance, let’s use pistol malfunctions as an example. Suppose you are in the middle of a string of fire and have fired off 5 rounds already when you press the trigger on shot #6 and get the dreaded “click” instead of a bang. Traditional firearms training would say Tap/Rack immediately. But, because you’re on top of your mental game and are able to put your mental focus on everything else going on outside of the firearm, you know that your gun ejected that fifth piece of brass, you know that your grip didn’t shift and accidentally press the magazine release, and the recoil/return-to-battery impulse felt normal which tells you the gun did feed a 6th round out of the magazine. With all of this knowledge, do you really need to “tap” on the magazine to ensure that it is seated when you KNOW that it is seated? Or is doing so just wasted time and energy? Tap/Rack will fix a failure to fire, but it’s not the fastest, most efficient way to fix a failure to fire. If you’re cognizant enough to realize what has happened, you know that just racking the gun will get the gun back into operation. Forgoing the tap might only save .2-.4 seconds, but that might end up being the difference between winning the stage, the match, or the gunfight.

Let’s apply that same mental ability to precision rifles. The less energy you have to focus on driving the rifle and managing your gear, the more cognitive power you have available to focus on reading the wind, watching mirage, and doing mental math on the fly to ensure that you get a first-round impact on your target, whatever that target may be. Or let’s put a carbine in your hands that has just run dry. Do you transition to your handgun? Tradition would say yes, a transition to a pistol is “always” faster than doing a rifle reload. But you’ve done enough rifle reloads on the clock to know that you can get that first mag off your belt and into the gun in under 1.2 seconds, while transitioning to your handgun is also a 1.2 second investment in time. Why transition to a handgun when you can get the superior weapon system back in the fight in the same time period?

Now, keep in mind that I am not advocating for replacing the “tap/rack”, or saying that you shouldn’t teach the pistol transition. All I am saying is that by elevating your mental game, you are opening yourself up to options and abilities that “traditional” schools of thought and instruction would say is incorrect or inappropriate. Developing your mental game allows you to put more tools in your toolbox, tools that you can pull out of the box if and when they are needed.