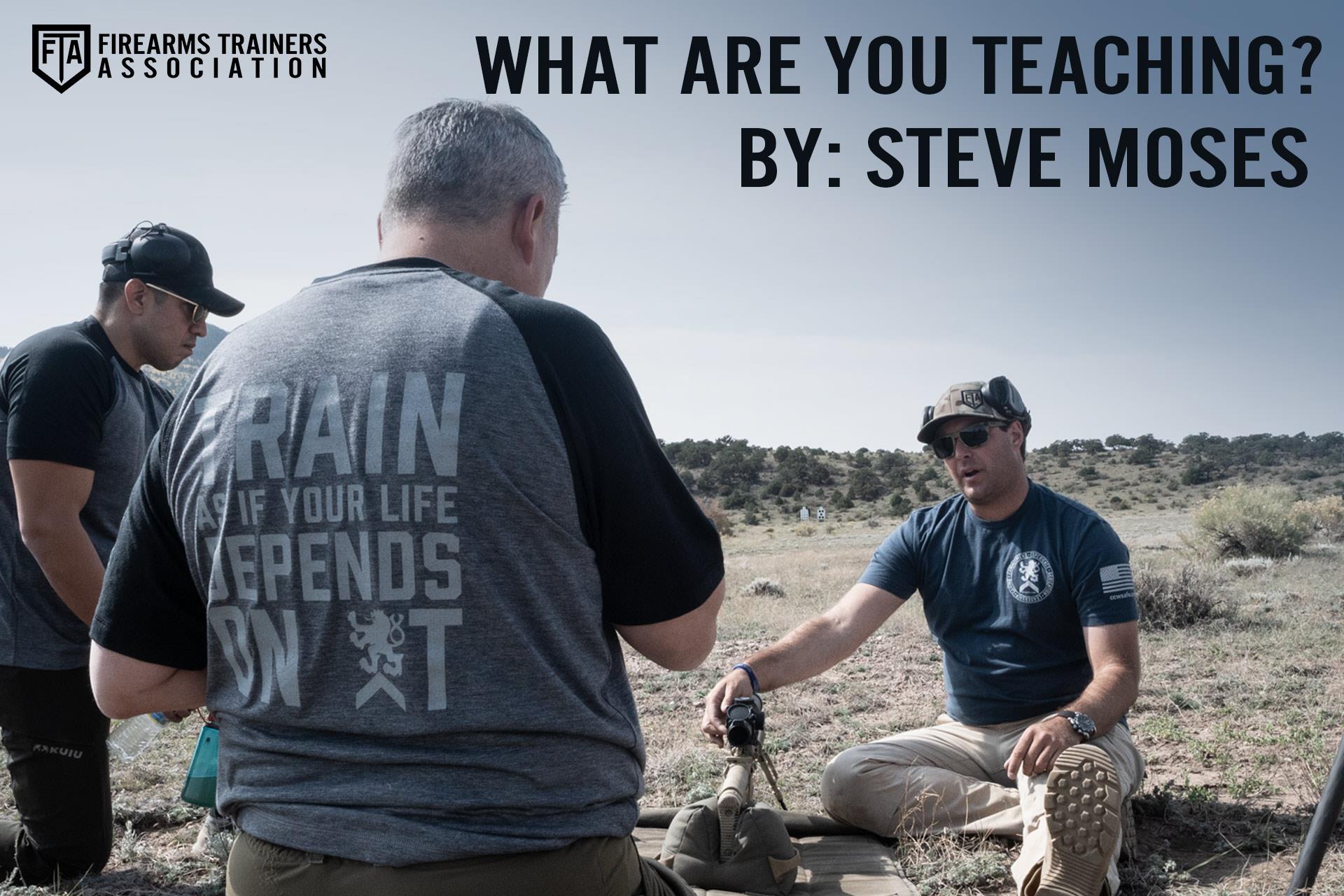 Posted on December 17, 2020 by Steve Moses in Training

What Are You Teaching?

WHAT ARE YOU TEACHING?

One concern that I have had since my first day as a primary handgun instructor at the Texas Pistol Academy back in 1994 was that someday something that I may have taught or suggested to a student might result in a negative outcome that impacts them (and possibly even me). I have multiple concerns:

On more than one occasion one of our assistant instructors told students that they recommended a tactic that was unsound, arguably stupid, and/or involved a direct violation of one of the four fundamental firearm safety rules (treat all firearms as if loaded, never let the muzzle cover anything that we are not willing to destroy, keep the finger off the trigger until the sight are on the target, and be sure of our target and what is behind it).

In both instances I overheard the instructors, stopped the class, and informed the students immediately that our school did not agree and that the students should disregard those statements. While it pained me somewhat to embarrass those assistant instructors in front of others, the consequences of not doing so might have turned out to be far worse.  On two occasions, assistant instructors decided to use students instead of other assistant instructors as role players in tightly scripted force-on-force scenarios that resulted in another student unexpectedly hitting the ground on a hard surface, with one such incident causing the student to suffer a broken wrist.

It is actually relatively simple to stay out of trouble. The vast majority of instructors execute lesson plans that are as safe as possible built upon a solid foundation that is made up of skills, technique, and tactics that are all battle-proven and capable of being pressure-tested while minimizing the risk of injury to the students.

There are indeed some phenomenal instructors and tacticians who have developed (and are still developing) some new defensive combative doctrines or training methods that are truly cutting edge, but even so they strictly adhere to all of the basic firearm safety rules and none of the materials that any of those instructors teach require sheer speculation or even dumb luck in order to achieve success.  Having said that, for each one of them it seems like there are hundreds of other firearm trainers who have developed “new” techniques, tactics, and training methods based upon “out of the box” thinking that appear to fail to consider the potential negative consequences of a student actually acting upon their information. Instructors should also remember that perhaps because of their prior training and/or experience that what they might be able to get away with during a violent encounter with another person could be extremely difficult for the students to do successfully. I certainly would not want to be subpoenaed and forced to testify in court as to why I taught the material that I did if I were not 100% confident that I could successfully defend my answer