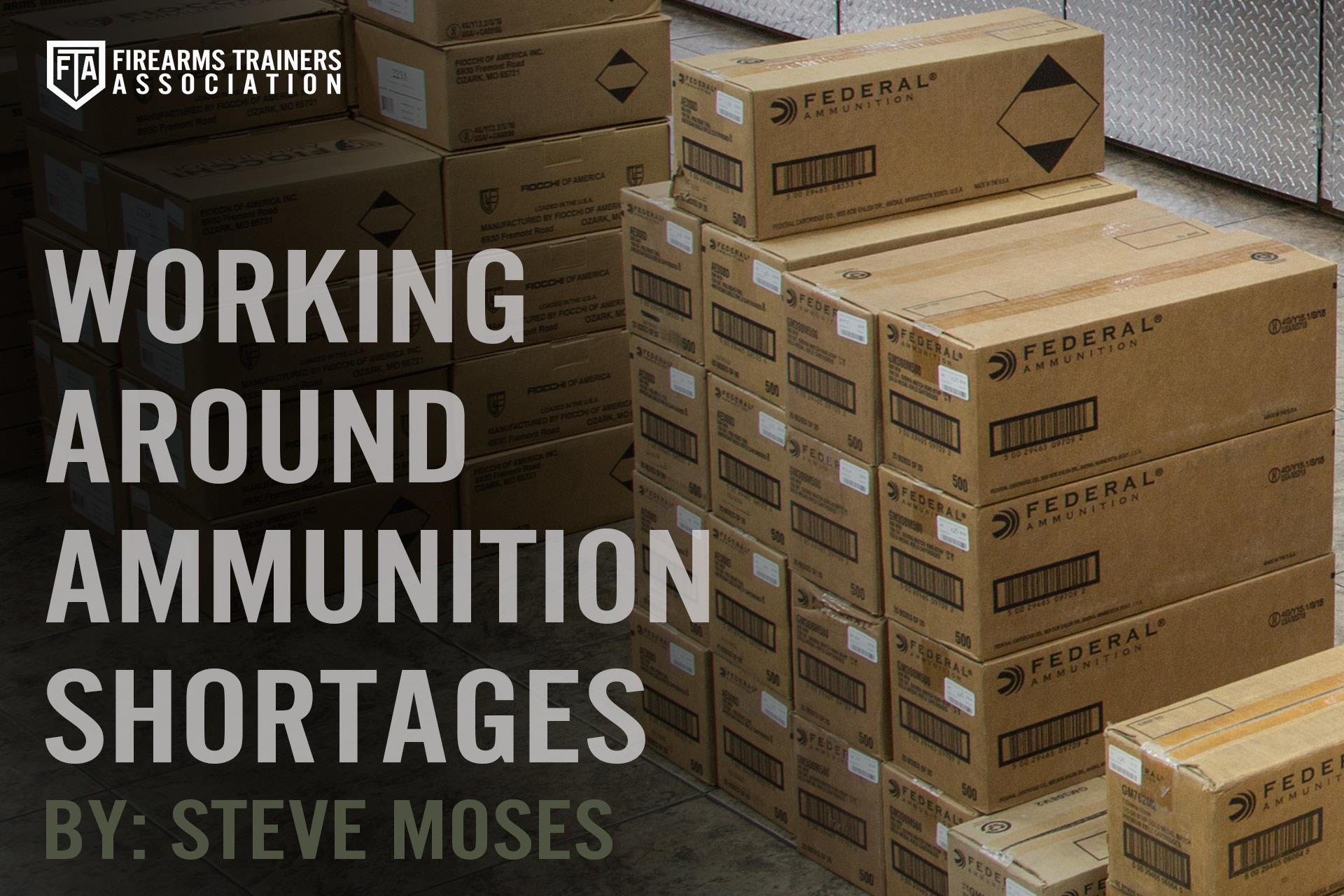 Posted on November 5, 2020 by Steve Moses in Training

2020 has turned out to be the most calamitous year many of us have experienced in our lifetimes. Violent protests, burning and looting, assaults, murders, and a pending Presidential election whose outcome will likely do nothing in the short term to quell the ongoing anarchy have all become all too real. At this point, it likely does not matter in which political direction a concealed carrier may lean. Mob violence is like a rampaging elephant in many ways. Almost anyone may at some point be in danger. It should be no surprise that Americans are frightened and have been purchasing firearms and ammunition in record numbers.

As a result, handgun ammunition found in the most popular calibers such as 9mm, .38 Special, and .45 ACP are either difficult to find or prohibitively expensive to purchase in any meaningful quantity. The ammunition shortage has had a major impact upon that subset of concealed carriers who realize that mere ownership of a firearm does not equip with them the critical knowledge and skills to competently deal with violent criminal attackers. Some of these concealed carriers are willing to train under the direction of a qualified defensive firearms trainer, but unable to come up with enough ammunition to attend a high-round count class.

I believe that a competent instructor who wants to train others how to defend themselves needs to fully comprehend the moral obligation they are undertaking. There may come a day when a student has to rely upon what he or she learned in a class taught by that same instructor in order to defend themselves in which a possible outcome is that the student may lose their life or fail to save a loved one. I am a firm believer that defensive handgun skills fall into at least two categories, which are “Need to Know” and “Good to Know.” Of the two, Need to Know obviously trumps Good to Know, and if the amount of ammunition is limited then the majority of it should be directed towards training skills that fall into that category.

There might be some valid debate over what falls into the Need to Know (aka “essential handgun skills”) category.  Some firearms trainers might start with the ability to catch an attacker by surprise by being able to quickly and robustly draw a handgun, establish a proper two-handed grip, and use sighted fire to place rounds accurately on target along with the skills needed on demand to perform all essential manipulations of the handgun. Others might place major focus on being the first to achieve a shot delivered to the upper thoracic area. Essential skills could also include firing the handgun accurately using the dominant hand only and clearing common handgun malfunctions. In my opinion, a solid basic defensive pistol class will cover all of these.

Set out below are a few thoughts on what firearm trainers might do in order to deliver a quality class while cutting back on the required ammunition amount:

I tend to view any class we teach as a journey.  At the end of the journey, did we get to our desired destination or not? If all of the students arrived at the desired destination (which is they are as fully squared away when class is over as students in a pre-2020 class that had more ammunition with which to work) then this version of the class is a success. A competent trainer should be able to accomplish that by carefully tweaking the lesson plan.